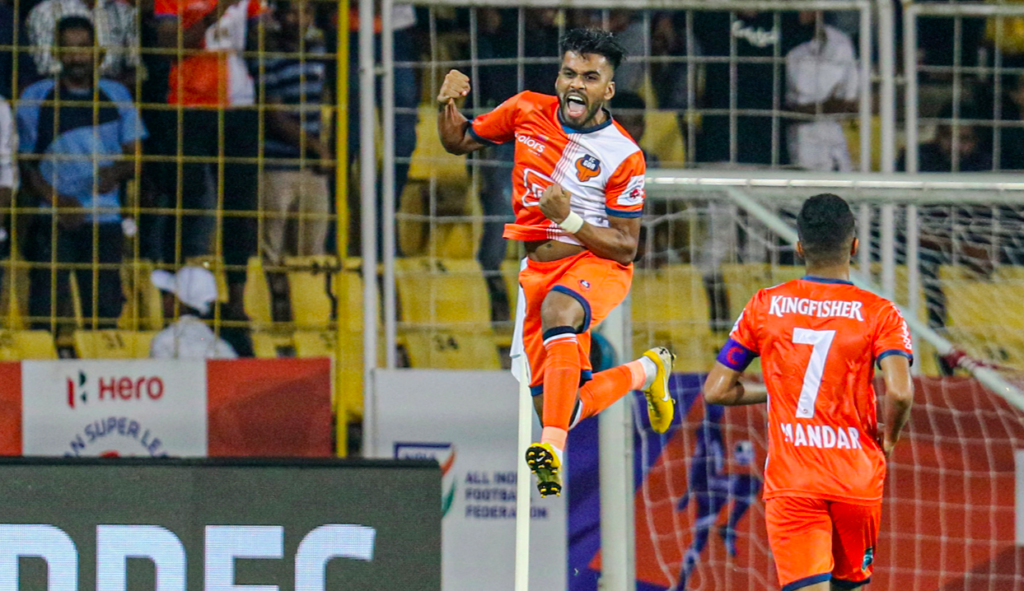 The attacking midfielder was drafted by the Gaurs in the ISL Players’ Draft ahead of the 2017-18 season. Since then, je has gone from strength to strength with the club, appearing in 85 games across all competitions in the last five seasons.

The Goa native has appeared in 69 ISL matches for FC Goa. In addition to his five strikes, the Indian international currently leads the league in assists by an Indian with 19.

In 2019, the 27-year-old assisted FC Goa to their first Super Cup victory. He then made significant contributions to FC Goa winning the ISL League Winners’ Shield in 2019-20 and the Durand Cup in 2021. He was also a key member of their team that became the first ever to represent India in the AFC Champions League last year, finishing with two assists.

Speaking on his appointment as the FC Goa captain, the 27-year-old said:

“It’s an honour to lead my home Club in the ISL. Additionally, it’s also a privilege that I have the trust of my teammates.”

“I enjoyed the responsibilities I had as part of the captaincy group last season. And now, I’m looking forward to the challenges as we head into the new season.”

“We have a great bunch of players who are all working towards the same goal – which is to bring success to the Club. I’m excited to lead them, and eager to explore what we can do together on the pitch this coming season.”

Seriton Fernandes was a member of the club’s captaincy group last season as well. He is also the most-capped footballer for the Men in Orange, having made 108 appearances across all competitions.

Glan Martins has been a vital cog in the Gaurs’ midfield since joining them in 2021. The 28-year-old’s contributions were critical as Goa advanced to the Hero ISL 2020-21 playoffs before impressing in the AFC Champions League 2021.

FC Goa will also rely on Marc Valiente’s leadership qualities, as he has previously led the defences of top Spanish sides such as Sevilla and Real Valladolid. The 35-year-old was previously the captain of Barcelona B, which included Carlos Pena.