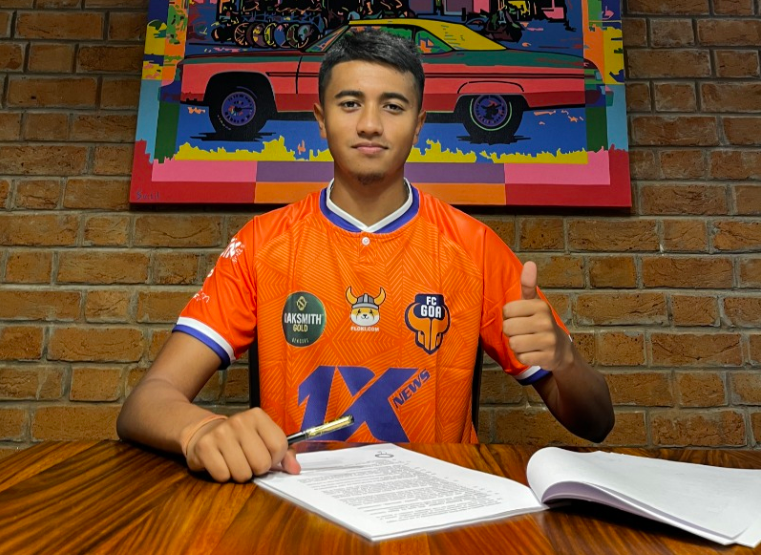 2019/20 ISL Premiers FC Goa have made a statement signing in the transfer window by acquiring young midfielder Ayush Dev Chhetri ahead of the upcoming season. The Goa club, who also won the oldest football tournament in the country, the Durand Cup in 2021, signed the youngster from Aizawl FC, on a deal that will see him represent the club for the next three seasons, with his deal expiring in 2025.

Chhetri, who shares his surname with Indian and Bengaluru FC captain Sunil Chhetri, is known to have drawn a lot of interest from multiple sides after first coming on as a substitute for former Aizawl FC teammate K Hmangaihkima, and putting up a mighty impressive performance.

Chhetri plays as a traditional No.6, but has demonstrated his goalscoring abilities as well in his short career so far, scoring thrice in addition to the solitary assist. Occupying that deep role, Chhetri well exceeded expectations in the ten games that he played for the Mizoram-based club.

The 19-year-old prospect got his big chance under manager Yan Law at Aizawl and grabbed the opportunity with both hands. He made brilliant use of the platform that the I-League gave him, something that he also acknowledged when he announced that he would be making the move to FC Goa.

The midfielder was visibly delighted to join the Gaurs, as he was presented to the fans via a video that the franchise put out on its social media handles.

“FC Goa is one of the best football clubs in the country and I’m happy to join them. Playing in the Indian Super League (ISL) was one of my biggest dreams and I’m thankful to FC Goa for giving me the opportunity”

FC Goa reportedly see Chhetri as a long-term acquisition and is of the opinion that he could potentially be the one around whom the team could be built in the years to come. Just 19 years of age, it certainly seems like Chhetri is destined for big things.