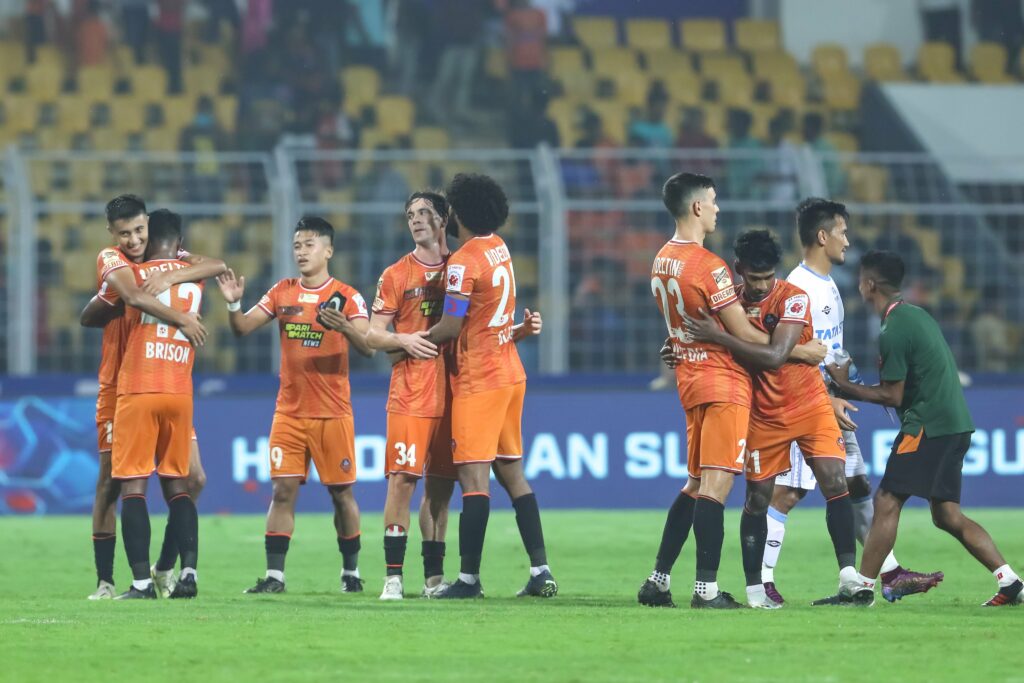 Playing their first game at home, FC Goa returned to winning ways after losing their previous fixture with Hyderabad FC as they thrashed Jamshedpur FC with a dominant 3-0 scoreline. Iker Guarrotxena and Noah Sadaoui scored inside the first 15 minutes, and Brison Fernandes netted in the 93rd minute to give the Gaurs all three points.

The hosts couldn’t have asked for a better start to the contest as Guarrotxena scored after just two minutes on the clock to send the stadium into a frenzy. Receiving the ball from a short corner, Edu Bedia whipped a cross into the far post. Despite missing a cheeky flick from Redeem Tlang, it fell to Guarrotxena, who had the simple job of tucking it home from close range.

Goa then doubled their lead just 10 minutes later to get their noses firmly ahead in the contest. Brandon Fernandes played a wonderful defence-splitting pass to Sadoui, and the striker kept his composure to find the back of the net with a low left-footed strike.

Jamshedpur also had a chance towards the end of the first half when Wellington Priori beat his marker and unleashed a shot on goal, but it was saved by Dheeraj. Meanwhile, Sadoui continued to pose a threat to the Jamshedpur defence, and his header got tipped over the bar by TP Rehenesh late in the first half of the contest.

The visitors changed formation once again after the pause, but it didn’t pay off as Goa succeeded in keeping their forwards at bay. The icing on the cake was sealed by Fernandes, who gave the supporters one final gift. The midfielder controlled a ball from Saviour Gama and struck it beyond Rehenesh to seal the win for his side.