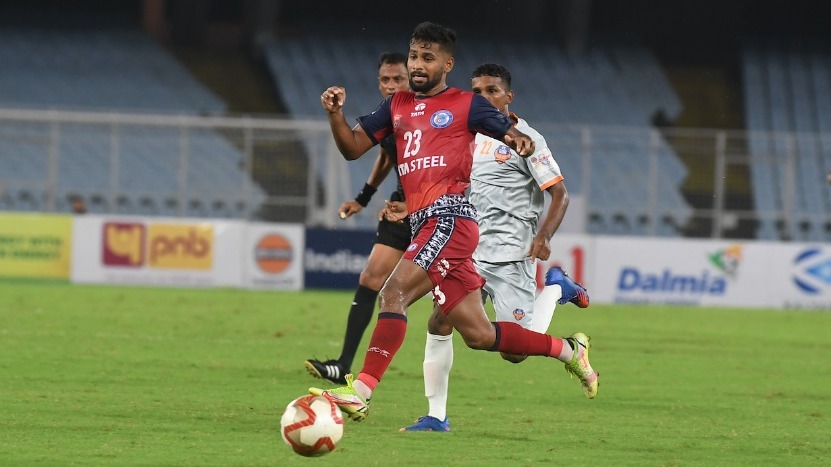 Defending champions FC Goa went down against Jamshedpur FC, who claimed their first win in the Durand Cup 2022 with a late goal at the Salt Lake Stadium in Kolkata.

Jamshedpur started their fixture against FC Goa as they meant to go on by forcing the opposition goalkeeper into a save in the 20th minute of the contest to set the tone. Five minutes ahead of the interval, it was Keisan Angelo Singh’s chance to test FC Goa’s guardian in goal with a powerful strike from outside of the mox just five minutes before into the half-time break locked at 0-0.

Despite what the scoreline suggested, the Red Miners were quite dominant in the first half. They then pushed on for that elusive goal after the emergence from the tunnel to start the second 45.

They were presented with the golden chance to get their noses ahead when they won a penalty. However, Hrithik Tiwari managed to thwart Vinil Poojary’s effort from 12 yards to keep the scoreline at 0-0 with barely 15 minutes left to play.

Minutes later, it was Goa’s chance to rattle the Jamshedpur defence. Phrangki Buam had the golden chance to put his team into the lead against the run of play, but he ended up aiming the shot straight at the keeper, which was saved comfortably.

Jamshedpur then made the defending champions rue their wasted effort when Tapan Halder kept his composure and scored with only six minutes remaining on the clock to break the deadlock.

While FC Goa pushed for an equaliser, Jamshedpur held on to the scoreline and secured their first win in Durand Cup 2022 to make Group A quite interesting.

Meanwhile, at the Kishore Bharati Krirangan, SC East Bengal were held to a 0-0 draw by Rajasthan United. The I-League side had gotten the better of fellow Kolkata outfit ATK Mohun Bagan in their opening game and produced another sensational result by claiming a point against the red and gold brigade.

For East Bengal, it was the same old story of failing to convert their chances. They will now focus their efforts on facing arch-rivals ATKMB in the Kolkata Derby at the Salt Lake Stadium on Sunday.