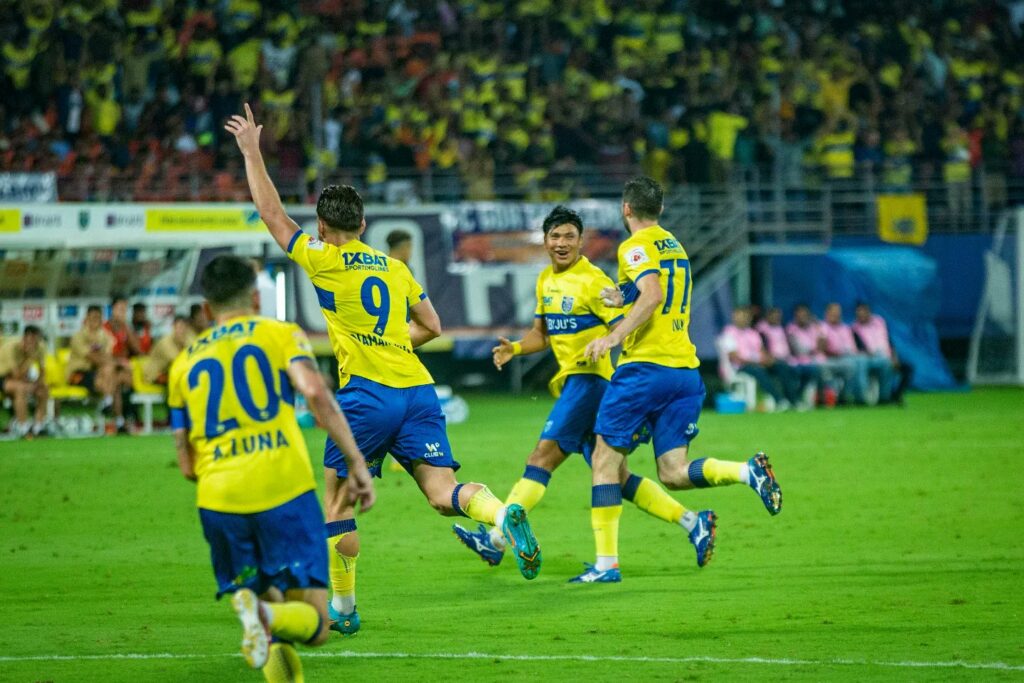 Ivan Vukomanovic’s Kerala Blasters delivered a resounding thrashing to FC Goa, who failed to make the most of their opportunity to challenge for a top two spot, instead losing 3-1 to the Keralites.

Dimitrios Diamantakos was on song at the Jawaharlal Nehru International Stadium in Kochi, as the home fans were treated to an excellent performance, which now sees them in a better position than before, moving up to fifth spot in the ISL table. Adrian Luna and Ivan Kaliuzhnyi were on target as Kerala walked away with a win

The Kerala Blasters utilised both the wide flanks to their advantage, attacking via Sandeep Singh and Rahul Praveen from the right and Nishu Kumar and Sahal Samad from the left. Their avenues of attack from the wider areas opened up quite some space in the opposition half and were hence able to produce shots on goal from both channels within the first ten minutes of the contest. Samad was presented with an excellent opportunity in the opening minutes but was unable to convert.

It did not take Vukomanovic’s men too long to open the scoring, as Uruguayan veteran Luna slammed home a simple effort to give the Blasters a much-needed lead in the game.

It was Samad who came up with the ball, as Luna made no mistake. Goa’s troubles were shortly compounded, as they conceded a penalty in stoppage time after the first half. Diamantakos stepped up and converted as the Kerala Blasters looked on course for victory.

Goa began to haemorrhage early in the second half after Kaliuzhyni thumped in yet another goal to close out the game. Although Moroccan winger Noah Sadaoui scored later on in the second half, it was but a consolation goal after being thoroughly dominated for the entire game. Diamantakos was the player of the match, as he walked away with a goal and an assist, as Kerala climbed up to fifth place in the league table with nine points to their name.