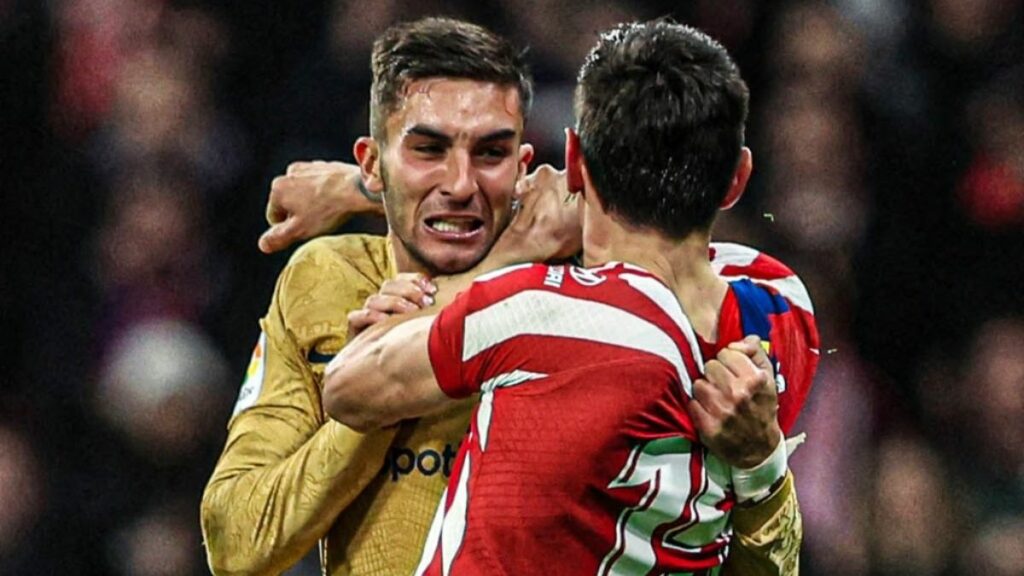 The first encounter between Barcelona and Atletico Madrid this season was played in typically hostile fashion, with Ousmane Dembele’s fine finish the difference as the Blaugrana celebrated a crucial 1-0 win at the Metropolitano. However, tempers flared near the end of the game, with Ferran Torres and Stefan Savic receiving red cards for an off-the-ball grapple in stoppage time, a decision that the Catalan club has since appealed.

The scuffle between Savic and Torres was investigated by Barcelona’s legal team to determine whether an appeal against the red card received by the Spanish striker was possible.

After reviewing the images and the text in the referee’s report, the club decided to fight the red card that official Soto Grado showed in stoppage time – Savic was also sent off. As a result, before the competition committee even announces the punishment for Ferran, Barca has decided to appeal the red card, despite the threat of a multi-game ban.

According to Marca, Barcelona’s legal team has reviewed the footage and has filed a complaint with La Liga over the decision. A red card for violent behaviour could result in a ban of four to twelve league games, so the Catalan club’s appeal will seek to limit the number of games Torres misses.

With Barcelona’s appeal only recently filed, La Liga has yet to respond, leaving both club and player in suspense as to the extent of Torres’ suspension.

Earlier, Barcelona ended 2022 on a low note after their appeal to have Robert Lewandowski’s three-match ban overturned was denied. The Polish striker was given a lengthy ban after making gestures towards match officials after being sent off against Osasuna in early November, and the decision was upheld by the Court of Arbitration for Sport.