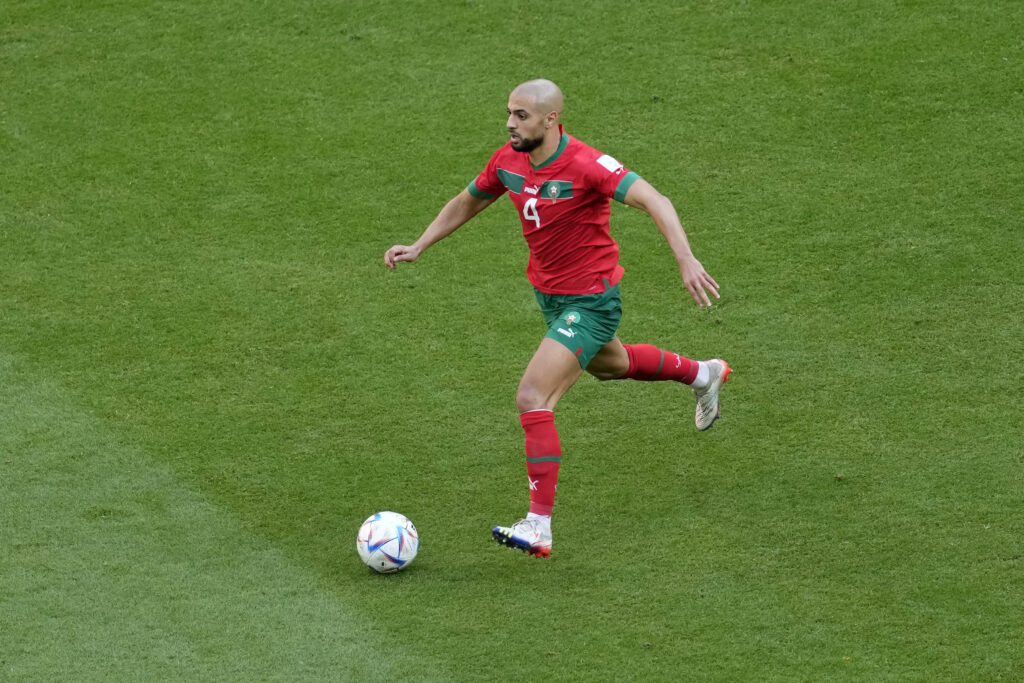 The Reds have identified Moroccan star Sofyan Amrabat, who had a wonderful FIFA World Cup campaign recently in Qatar, as a target to reinforce their midfield in the upcoming winter transfer window.

Premier League giants Liverpool are in need of fresh legs and fresh ideas after a stuttering start to the season. Jurgen Klopp’s side are sixth in the table with 22 points and are already 15 points adrift of Arsenal at the top of the table.

Much like the script in recent seasons, Liverpool have suffered due to injuries to key players and a proper lack of replacement in several departments. Nowhere has it been more apparent than in the centre of the park where they have to deploy makeshift ideas and options quite frequently.

After his string of breathtaking performances and pulling things at the centre of the park for Morocco in their fairytale World Cup run in Qatar, Amrabat has started attracting plenty of interest from several big clubs. The 26-year-old, who plays for ACF Fiorentina in Serie A is being linked with a move to Liverpool, and he has become the top target for Klopp’s side in the winter transfer market.

However, Amrabat’s wonderful performances did not go unnoticed and the Reds are expected to face intense competition from a flurry of top European teams with Atletico Madrid, Barcelona, Paris Saint-Germain, Real Madrid, and Tottenham Hotspur apparently gunning for his signature.

Latest reports from French outlet Foot Mercato suggests that Klopp have already met with his representatives. The talks have apparently gone well and further discussions will be tabled now after the World Cup.

However, sources in Italy do not suggest much optimism. According to Calciomercato, it is extremely possible that Amrabat doesn’t move elsewhere and stays put in Fiorentina and that a new contract is in the works for him.

It has been claimed that Fiorentina are ready to exercise a contract extension on Amrabat’s deal. His current contract runs until 2024, with the Serie A club looking to tie the player down for a further year up to 2025. The Calciomercato article claims, “the decision has already been made”.

However, the report also adds that an offer of ‎30 million pounds could tempt them enough to sell him to a big club and grant him his wish.