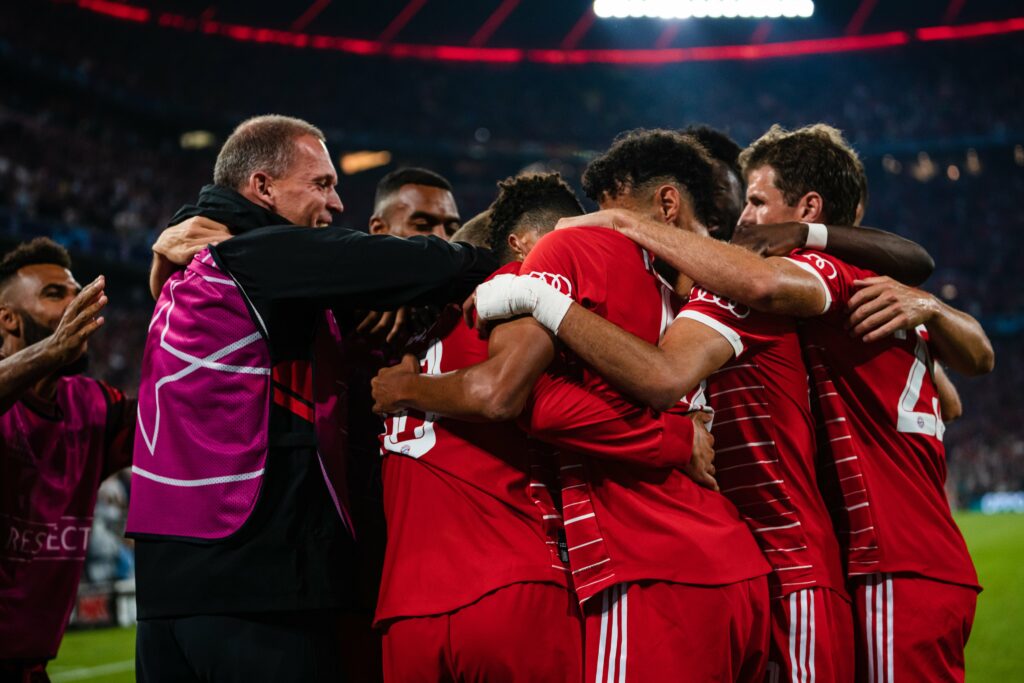 It wasn’t a humiliation akin to the 8-2 defeat Barcelona suffered at the hands of Bayern in 2020, but the Blaugrana, nonetheless, returned to Spain with a 2-0 defeat in the bag.

The two sides matched each other in terms of efforts, but the telling one came from defender Lucas Hernandez in the 50th minute – a glancing header off a Joshua Kimmich corner, and Bayern were ahead on the night.

Four minutes later, Jamal Musiala picked the ball up in the final third, drove forwards, and released Leroy Sane, who, in turn, burst in between the centre-backs and squeezed his shot past Marc-Andre ter Stegen.

Shortly after, Pedri knocked his effort against the post, but that was as close as Barcelona would come to scoring, and they were left to rue missed chances in a 2-0 beating.

In the other Group C game, Inter Milan beat ten-men Viktoria Plzen 2-0 thanks to goals on either side of the interval. Edin Dzeko gave the Nerazzurri the lead in the 20th minute; the ball was worked out to the Bosnian on the left side of the box, and he confidently picked his spot in the corner to put Inter ahead.

Shortly after the hour, Inter’s job became much easier as Pavel Bucha picked up a red card for a dangerous challenge on Nicolo Barella. Inter capitalized and killed the game in the 70th minute through Denzel Dumfries, the wingback firing his shot across the goal after being set up by Dzeko with a through pass.

In Group D, two late goals helped Sporting Club beat Tottenham. Striker Paulinho scored in the 90th minute, flicking in a corner past Hugo Lloris to give the Portuguese side the lead. Arthur doubled the hosts’ advantage just three minutes later, tip-toeing his way through the Spurs defence and finishing confidently from close range.

Sporting climbed to the top of the group while Eintracht Frankfurt lifted themselves off the ground with a narrow win over Olympique Marseille, Jesper Lindstrom, the scorer of the only goal of the game in the 43rd minute.