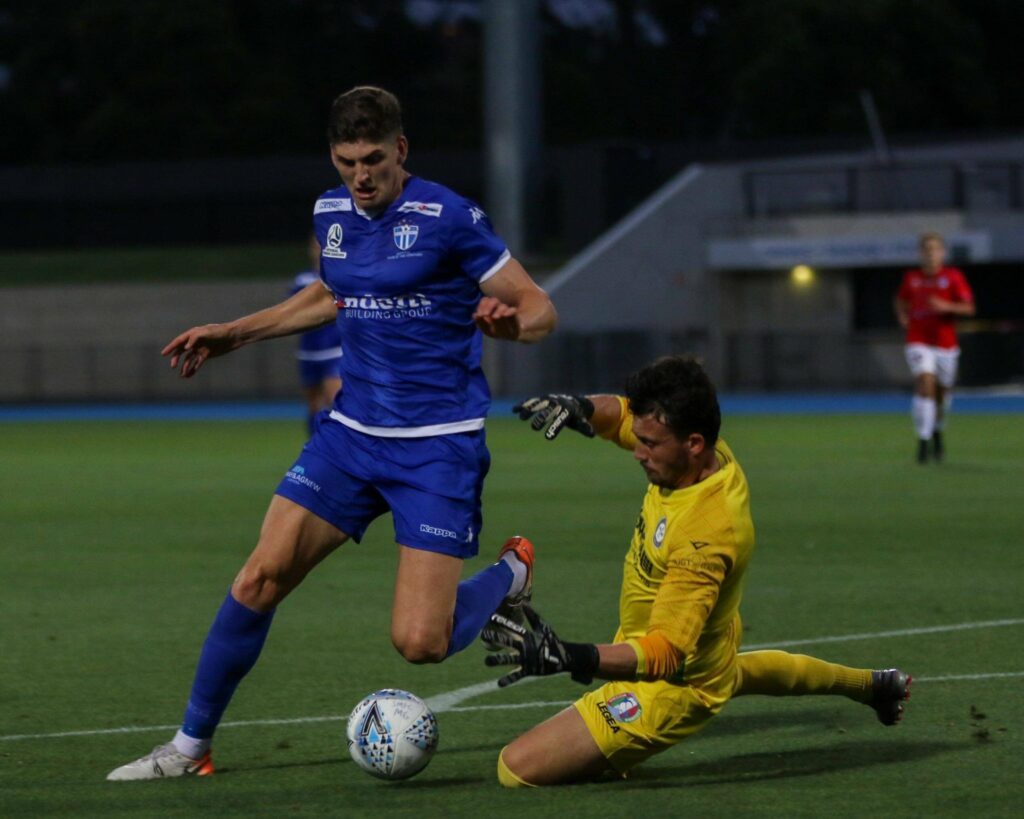 The Men of Steel have completed a marquee signing before the new Indian Super League season begins. They have managed to get the signature of Australian forward Harrison Sawyer, the player’s previous club South Melbourne has confirmed on August 2. Having re-signed Wellington Priori recently, the club is expected to make an official announcement on Sawyer soon.

Jordan Murray, the Aussie striker who was with Jamshedpur last season, left the club just a couple of days ago, and their scouting department was quick to find his replacement. Sawyer, 25, is expected to add great strength to Aidy Boothroyd’s unit. The striker is also 6’5 tall, which makes him a major aerial threat for opponents.

Having made his professional football debut at the age of 16, Sawyer moved to plenty of clubs before finding his place in the ranks of the Australian second-tier side South Melbourne. His big breakthrough season came when he was loaned to Gold Coast Knights, where he smashed 15 goals in 19 appearances, earning a call back from his parent club. He has scored 25 goals in 38 appearances for South Melbourne.

He is known to physically outpower defenders with his height and physique, an attribute that can help him a lot in India. He is unlikely to join the side before the Durand Cup ends, so he might make his debut for Jamshedpur FC in the Super League straight away.

The Men of Steel finished on top of the points table last season and won the ISL shield, pipping Hyderabad FC and ATK Mohun Bagan by close margins. However, the Blasters spoiled their party, defeating them in the semifinal 2-1 on aggregate.

The club let go of Owen Coyle to bring in Boothroyd, who previously managed Watford and was regarded as one of the best young managers back then.

The 51-year-old will be keen on stacking up the attacking resources before the window for transfers closes. The club also announced the signings of Indian youngsters Rakshit Dagar (goalkeeper) and Sheikh Sahil (midfielder), adding further depth to the side.