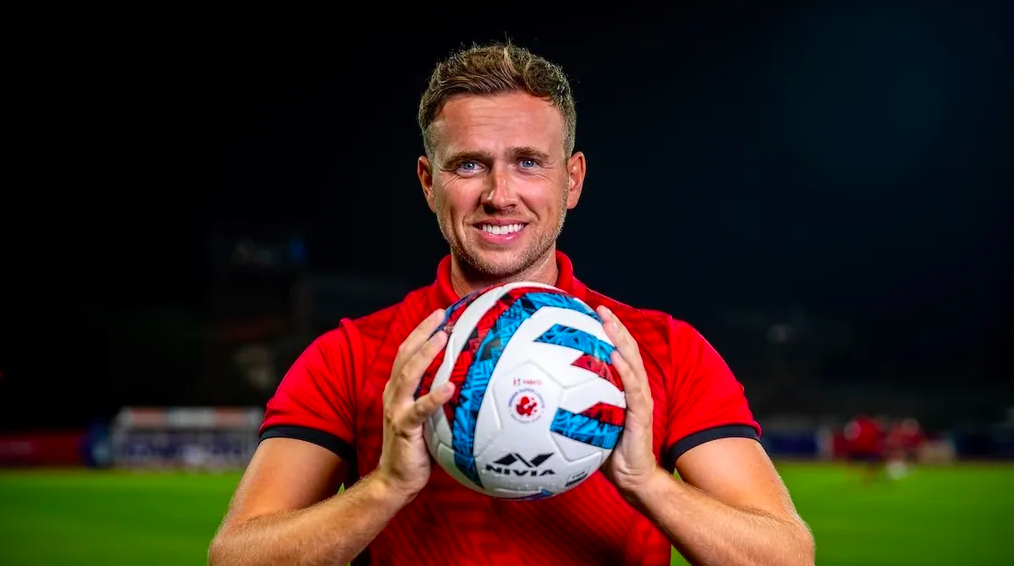 “I’m delighted to be here in Mumbai City. The club outlined their plans and their ambitions right from the outset and I believe joining Mumbai City is the right step forward to continue my journey in India,”

Born in 1990, Stewart began his youth career with the famous Rangers Academy, which was followed by a tenure at the Heart of Midlothian youth setup. He joined Dundee FC in 2014 and even featured in the shortlist for the PFA Scotland Players’ Player of the Year award twice in a row in 2015 and 2016.

The player then moved to England with Birmingham City in 2016 before securing a move back to Rangers, the club he grew up with, and was a key member of the side led by former Liverpool legend Steven Gerrard. He also helped Rangers secure a historic Scottish Premiership title in the 2020/21 season.

In his first foray outside the United Kingdom, Stewart was at the heart of Jamshedpur’s ISL League Winners’ Shield campaign during the 2021/22 season. He was directly involved in 20 of the 43 goals scored by the team and was also voted as the ‘Hero of the League’ in his maiden ISL campaign.

Meanwhile, Chennaiyin FC have announced the arrival of VfL Wolfsburg’s academy graduate Julius Duker. This will be the first stint at a club outside Germany for the 26-year-old, who had previously played for Eintracht Braunschweig, FC Magdeburg and SC Paderborn, among others.

“I’m proud to be part of this big club. First of all, I would like to thank the fans for all the messages and the warm welcome,”

He becomes the second foreign midfielder for the club after Rafael Crivellaro. The other overseas players of the club for the season include Vafa Hakhamaneshi, Fallou Diagne, Petar Sliskovic and Kwame Karikari.