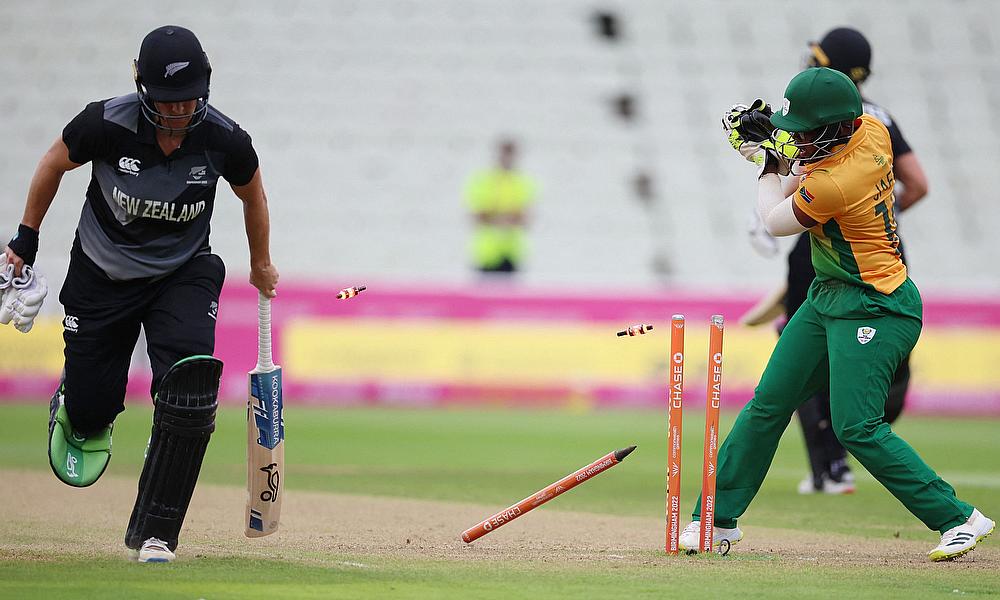 Suzie Bates scored a sparkling unbeaten 91, while skipper Sophie Devine put on an all-round show to help New Zealand women secure a 13-run win over South Africa in their first match at the ongoing Birmingham Commonwealth Games 2022 on July 30.

Chloe Tryon and skipper Sune Luus kept South Africa in hunt in their run-chase of 168, but New Zealand bowlers managed to stem the run-flow at the back end to register a 13-run win in the first Group B fixture at Edgbaston.

Tyron struck 39 off 17 with three fours and as many sixes, before being run-out in the 16th over, leaving her team 52 to get off 27. Luus carried on with a brisk 32 off 18 including five fours, three off which came against Devine in the penultimate over, before the bowler had the last laugh to close the game out.

Mignon du Preez (26 off 22), Laura Wolvaardt (28 off 30) were the other chief contributors in an innings that ended at 154/7 in the allotted 20 overs. Tryon and South Africa might well have missed the services of premier all-rounder Marizanne Kapp, who had opted out of the competition with family reasons.

Earlier, Devine was involved in a 99-run opening stand off just 13.2 overs with Bates after the White Ferns were put in to bat. Devine fell to Nonkululeko Mlaba for 48, striking four fours and two sixes, while Bates batted right through for an unbeaten 91 off 64, striking eight hits to the fence and three over it.

Young all-rounder Amelia Kerr played a supporting role with 20 off 16, and was run-out on the final ball of the innings as NZ closed in at 167/2.