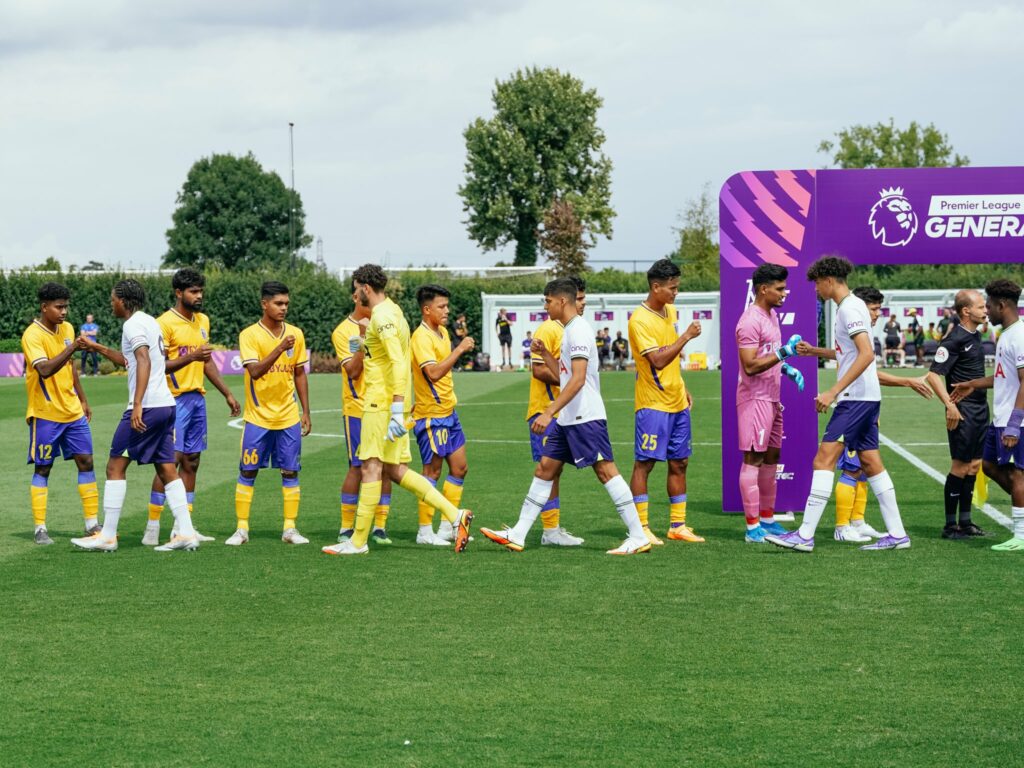 Tottenham Youth side ruthlessly side-lined the Kerala Blasters during their Next Gen Cup 2022’s Group B fixture. The match took place at the Tottenham Hotspur training ground, providing great exposure to the young Indian talents who travelled all the way to Britain. However, there weren’t many bright moments on the field for the ISL team’s U21 team.

Kerala had an early opportunity to go ahead, but Muhammed Ajsal could not finish a chance, and the side were duly punished soon. Spurs got ahead in the game and doubled the lead inside a minute, putting them 2-0 around the half-hour mark. Jahzian Linton and Jaden Williams scored the goals, respectively.

Although the Blasters managed to contain the English side in the first half, there was a goal rush in the second which proved too difficult to handle. Max McKnight got the first goal in the second half, followed by two more coming from Tom Bloxham and George Abbott. Jaden Williams, who scored the second goal, came up to take the penalty in the 86th minute and converted it neatly.

He scored another goal two minutes later to make it 7-0 for the side and also completed his hat-trick. Kerala Blasters will be facing Crystal Palace next up to fight for the third position on Saturday.

The Next Gen Cup 2022 is a product of the partnership between Indian Super League and the Premier League, and this collaboration will see more such contests between academies from both countries. Bengaluru FC and KBFC are the two teams participating in this 2022 edition of the tournament, having qualified from the Reliance Foundation Development League.

Group A consists of Bengaluru, Leicester City, Nottingham Forest, and Stellenbosch, whilst Group B consists of KBFC, Spurs, Palace and West Ham.

The tournament also included four Indian referees doing the officiating duties. This came as a result of the Professional Game Match Officials Limited’s relationship with the ISL and AIFF, who have launched a number of referee development courses in India.