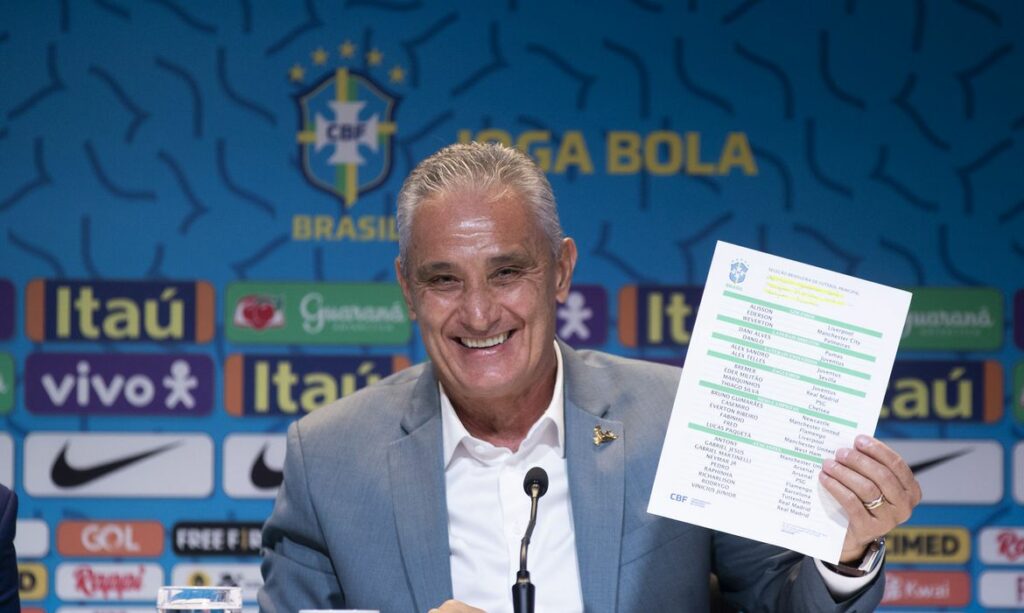 Brazil coach Tite named his 26-man World Cup squad for Qatar on Monday, including 39-year-old defender Daniel Alves but leaving out Aston Villa attacker Filipe Coutinho and Liverpool forward Roberto Firmino as the five-time champions prepare for the tournament, which kicks off on November 20.

The Brazilian manager will only take four centre-backs, with Juventus’ Bremer trailing Marquinhos, Thiago Silva, and Eder Militao, and leaving out Roger Ibanez (AS Roma) and Gabriel Magalhaes (Arsenal).

Gabriel Martinelli of Arsenal was named to a list dominated by 12 English Premier League players. Flamengo forward Gabriel Barbosa, better known as Gabigol, as well as Atletico Madrid forward Matheus Cunha and Newcastle midfielder Joelinton, were all left out of the squad.

Former PSG manager Ricardo Gomes will also join Tite’s staff as an assistant, according to the Brazilian FA. The squad and Tite will meet on November 14 at Juventus’ training facilities in Turin for a five-day training camp before flying to Doha on November 19. The Selecao will be hoping to advance further than their quarter-final exit in Russia 2018, when they were defeated 2-1 by Belgium.

Brazil will begin their World Cup campaign on November 24 against Serbia, and will also face Switzerland and Cameroon in Group G.