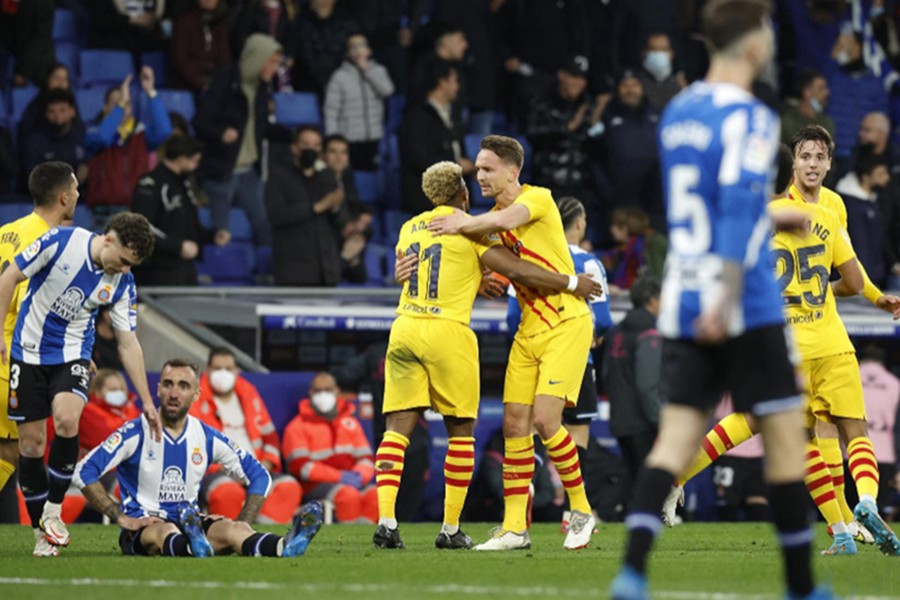 The Blaugrana had signed forward Luuk de Jong from Sevilla on loan on the deadline day of the previous last summer window, and they further reinforced their squad with the addition of winger Adama Traore on loan from Wolverhampton Wanderers in the winter. Both the players have left Camp Nou following the conclusion of their respective loan spells.

In a statement on their social media channel on July 3, Barcelona announced that forwards Traore and de Jong have left the club following the completion of their loan spells and thanked them for their services.

De Jong’s arrival was specifically the request of then-manager Ronald Koeman who wanted more aerial threat and a towering physical presence upfront. While the deal and the profile of De Jong didn’t make much sense, given that Barcelona have rarely relied on a striker like that in recent years, Koeman defended his signing choice by saying that his compatriot is better in the air than Neymar.

While the Dutchman got off to an underwhelming start to his Camp Nou career, struggling to influence the play or find the back of the net, things changed once Xavi was appointed. The former Barcelona midfielder relied on De Jong as a backup striker towards the final period of matches and this saw him making several match-winning contributions, including scoring several headers.

The striker eventually scored seven goals for the club and displayed immense professionalism despite never being the first choice for either of the two managers who presided over Barcelona last season. He has now moved to PSV Eindhoven, the club from which Sevilla had signed him in 2019.

La Masia graduate Traore, meanwhile, has returned to Wolverhampton Wanderers after spending five months with his childhood and hometown club Barcelona. He was brought in as an emergency reinforcement to the frontline during the winter transfer market and provided cover for Ousmane Dembele.

While the Spaniard was spectacular on his debut against Atletico Madrid, his prominence started to face, and he never quite managed to establish himself in the starting XI under Xavi. He failed to find the back of the net in his 21 appearances, and the club decided against making his stay permanent, an option that was at their disposal for 30 million euros.