Confirmed: Alves will leave Barcelona for the second time 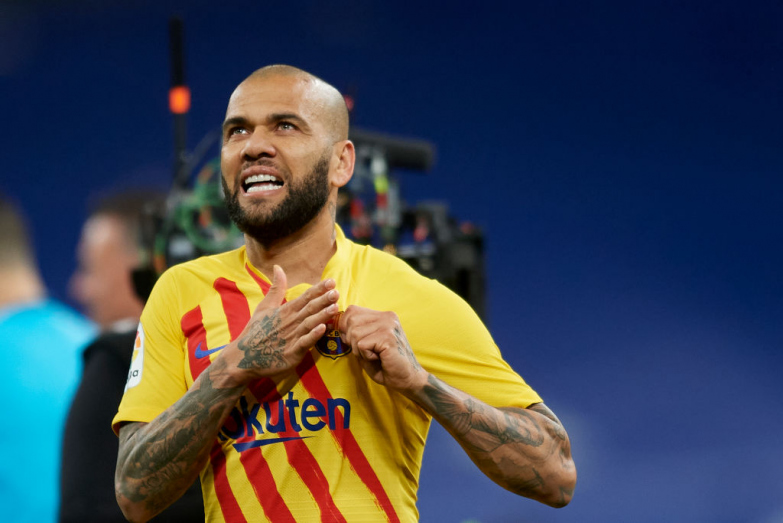 After returning to Camp Nou on a temporary six-month deal in January, the Brazilian full-back was informed that his contract won’t be extended. He will now leave the club of his life as a free agent for the second time.

“After more than eight years dedicated to these colours, the time has come to say goodbye.

Many more years passed until football and life, which as always, are very grateful to those who respect them, decided to give me the opportunity to come back here to say goodbye.

I hope you don’t miss my craziness and daily dose of happiness too much,”

Unlike his first spell with the club, this one ended without silverware. However, Dani did play a key role in the dressing room with his former teammate Xavi Hernandez taking over as manager, and he was also instrumental in the right-back position.

In his first stint with the Blaugrana, Alves played between 2008 and 2016 and was among the best right-backs in the world. During those glorious eight years with the club, he won six La Liga titles and three Champions League crowns, taking his overall trophy haul with Barcelona to 23 titles.

Leaving as a free agent in 2016, he spent his last few years in Europe with Paris Saint-Germain and Juventus before joining Sao Paulo. However, he returned to Europe with Barcelona once again on a minimal salary in order to help the club through a tough time.

Alves was unable to add any other title to his glorious trophy collection during this spell with Barcelona. Xavi’s side finished second in La Liga behind Real Madrid and were also knocked out of the Copa del Rey, Supercopa and the UEFA Europa League.

However, he scored a stunning goal against Atletico Madrid and made 17 appearances throughout the season. Alves ended his Barcelona career with 408 appearances, the second most for a non-Spanish player behind Lionel Messi.