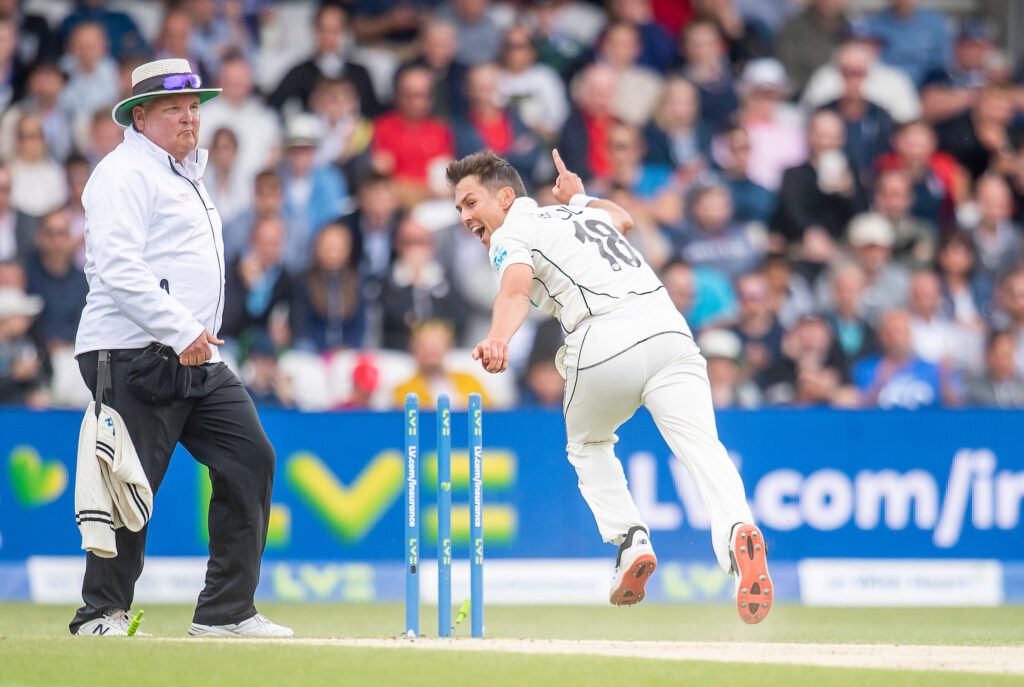 New Zealand Cricket has granted the fast bowler’s wish of releasing himself from the central contract as he enters the back end of his career. The player had made it clear to the board that he wished to spend more time with his family and maximize his remaining playing days with more T20 cricket around the globe.

Boult’s decision to semi-retire from international cricket will have huge ramifications for the sport in New Zealand, with several leagues popping up during their peak summer domestic season. He is likely to be involved in one of the new leagues in the UAE or South Africa, and an announcement is likely to be made soon.

“It has been a really tough decision for me and I’d like to thank NZC for their support in getting to this point. Playing cricket for my country was a childhood dream and I’m so proud of everything I’ve been able to achieve with the Black Caps over the past 12 years,”

“Ultimately this decision is about my wife Gert and our three young boys. Family has always been the biggest motivator for me and I feel comfortable with putting it first and preparing ourselves for life after cricket.”

New Zealand Cricket chief executive David White informed that Boult will be selected for the upcoming T20 World Cup in Australia as the preparations for that were well advanced. He will also participate in the ongoing tour of the West Indies.

The 33-year-old added that he still want to represent his country whenever he can but also understands the consequences of not having the central contract. White also reiterated that Boult’s selection will not be guaranteed anymore as they will give preference to the centrally contracted players.

One of the other reasons for this move seems to be Boult’s intention to make the most of his remaining playing days. He understands that as a fast bowler, he may not have a huge amount of time left in his career and securing life after retirement is the logical step.

“Having said that, as a fast bowler I know I have a limited career span, and I feel the time is right to move into this next phase.”

White thanked the seamer for his contribution to New Zealand cricket ever since his debut back in 2011 and added that Boult had been honest about his stand.

“We respect Trent’s position. He’s been completely honest and up-front with us about his reasoning and, while we’re sad to be losing him as a fully-contracted player, he leaves with our best wishes and our sincere thanks,”

Boult made his debut in the famous Test victory at Hobart in 2011 and since then has itched his name in the list of one of the great all-format bowlers. He has played 215 matches for the Black Caps across three formats. Boult is one of the four men’s players to have taken 300 wickets for New Zealand, having claimed 317 wickets at 27.49 apiece. He has picked 169 scalps in ODIs and 62 in T20 cricket.