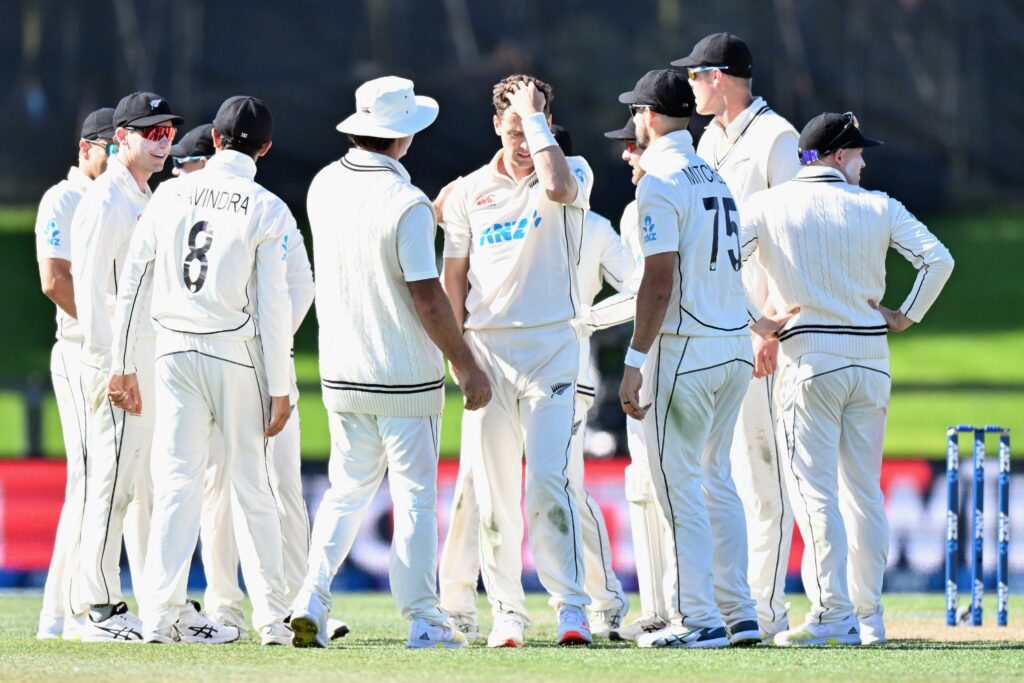 Kiwi fast bowler Matt Henry has been ruled out from the upcoming ODI series against Pakistan and India. The right-arm seamer suffered an abdominal strain while bowling on the final day of the recently concluded second Test game Karachi.

Coach Gary Stead confirmed that Henry, who bowled with the injury on the final day of the Test match, will now miss 6 ODIs against Pakistan and India.

“It was a pretty gutsy effort, really, but Henry will be withdrawn from the ODI side,”

Henry’s injury further makes things difficult for the New Zealand’s white ball sides. Earlier, Adam Milne ruled himself out of the ODI matches in the subcontinent, with Stead confirming that he is not feeling ready to take the risk of bowling in a 50-over game.

Moreover, Kyle Jamieson is another Kiwi paceman, who has been out of action for New Zealand since June last year due to a back injury. However, on being asked about Jamieson’s availability for the upcoming Test series against England, Stead confirmed that the 28-year-old is expected to make his return on the field for Auckland Aces in the T20 Super Smash.

Stead further shed light on the Trent Boult situation and his availability to play the upcoming two-match Test series against England, scheduled to start on February 16. The star left-arm seamer pulled himself out of New Zealand central contract in August last year and has not played any international games since the T20 World Cup in Australia.

“Trent and I have had discussions and I think his return from the UAE would only be a day or two immediately prior to the Test series. From a workload perspective, I think he is out of the picture.”

Boult is currently playing for Melbourne Stars in the Big Bash League and will soon fly to UAE to play for MI Emirates in the inaugural season of the ILT20 League, which has its Final on February 12.