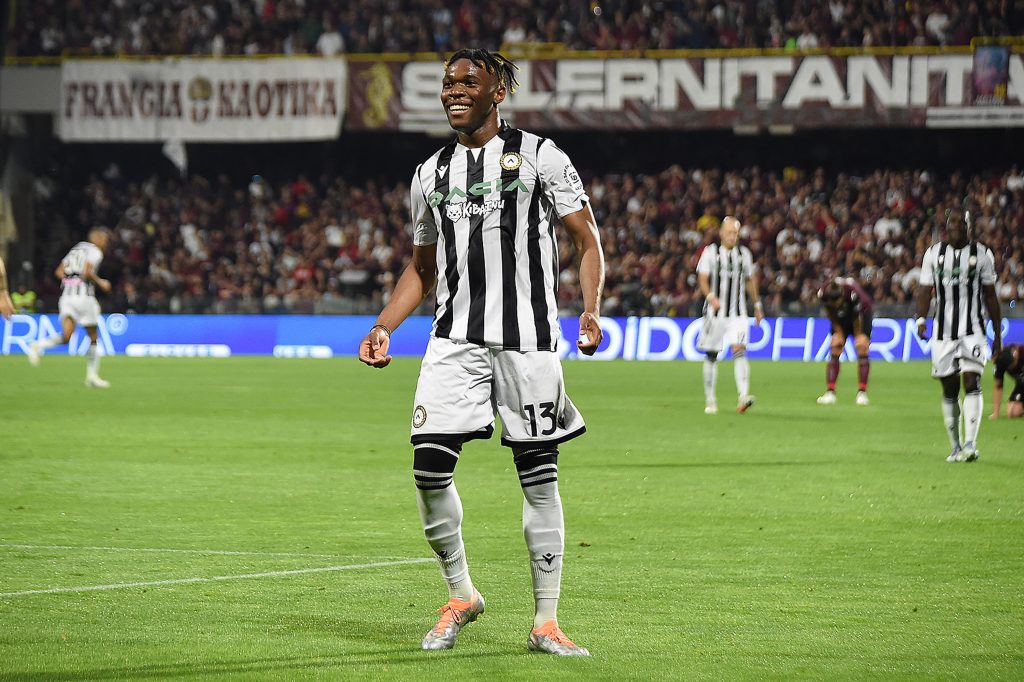 Tottenham are set to make Italy youth international Destiny Udogie their seventh signing of the summer. Fabrizio Romano confirms that an agreement is in place for the club to sign the versatile left-wingback from Udinese, who will receive a 20 million euro fee in return and keep the 21-year-old at the Dacia Arena for another season. Udogie will undergo his medical in Italy ahead of his season-long loan at Udinese and fly to London next year to link up with his new teammates.

The 18-year-old broke through at Hellas Verona before signing for Udinese on a season-long loan deal with the obligation to purchase ahead of the 2021/22 season. The youngster enjoyed a splendid season with the Friulani, making 37 appearances across all competitions and scoring five goals while earning plenty of plaudits from fans and pundits and attention from some of Europe’s top clubs.

The North Londoners paid huge sums for the pair in the summer of 2019, but, having failed to make their mark at the Tottenham Hotspur stadium, the Argentine was loaned to Villarreal last season while the Frenchman spent time out on loan at Olympique Lyonnais. The Spanish side is in discussions with Spurs to bring in the two on loan deals with purchase obligations should specific targets be hit.

As per Gianluca Di Marzio, Villarreal could face competition from ACF Fiorentina for Lo Celso. La Viola are also after the midfielder at the behest of their manager Vincenzo Italiano and are prepared to pay Spurs a two million euro loan fee with the purchase option set at 20 million for next summer.

Spurs have been extremely busy in the market, bringing in Ivan Perisic, Fraser Forster, Yves Bissouma, Richarlison, Djed Spence, and Clement Lenglet to strengthen their squad.

The North Londoners, to offset some of their transfer spend, have let go of Steven Bergwijn, Cameron Carter-Vickers, and Jack Clarke.