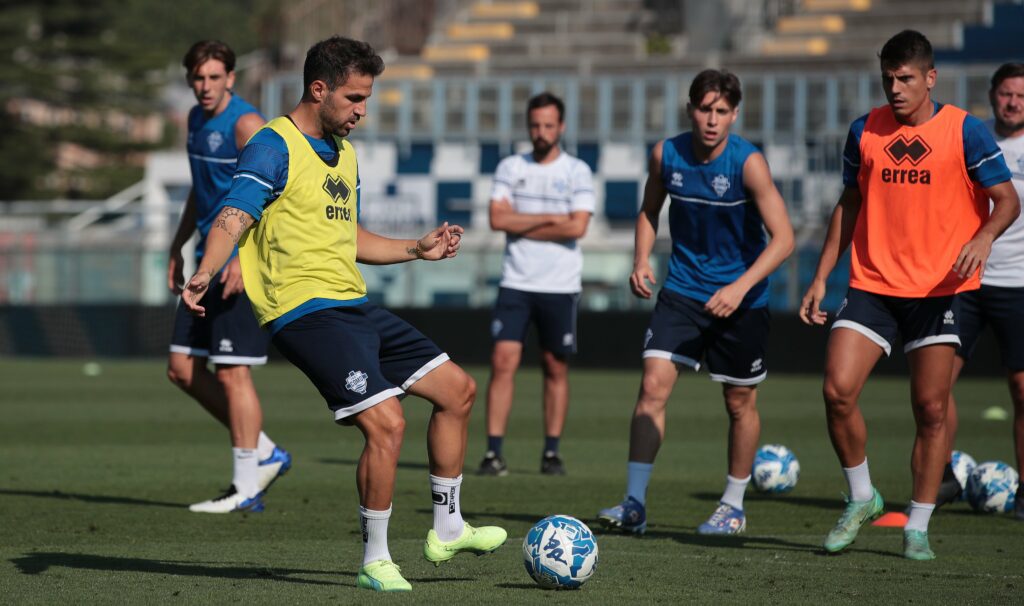 Former Chelsea, Arsenal, and Barcelona midfielder Cesc Fabregas has joined Italian second-tier outfit Como on a two-year deal. In doing so, he has also become a part-owner of the club in the Italian second division.

FIFA World Cup winner, UEFA Euro holder, two-time Premier League champions, one-time LaLiga champions, part-owner of FC Como 1907 – Fabregas has added another feather in his cap by joining the Italian Serie B club on a two-year deal as a player and part shareholder. The 35-year-old left AS Monaco at the end of the previous season upon the expiration of his contract.

FC Como, who have survived two bouts of bankruptcy in recent years (2005 and 2017), currently reside in Italy’s second division. However, the small club by the banks of Lake Como is home to plenty of familiar faces. Former Valencia winger Alex Blanco, former Juventus player Alberto Cerri, and on-loan from Bologna, the Englishman Luis Binks, all presently play for the club, while former Chelsea captain Dennis Wise helms the Lariani as the Chief Executive Officer.

It was Wise, then, who confirmed that Fabregas’s agreement with Como is unique. The Englishman verified reports that the 34-year-old playmaker has joined the club on a two-year contract and will become a part-owner.

“He owns part of the club, he’s a shareholder,”

“That’s what Cesc wants to get involved in. He’ll be here a lot longer than expected really. It was important, he felt that way, to be part of it going forward long-term. He could see what we’re trying to achieve at this football club.

“There’s a lot more to be done at the football club regarding where we want to end up, in Serie A. He sees it as a good opportunity and I’m pleased he’s on board.”

Fabregas came through Barcelona’s infamous La Masia academy before signing for Arsenal as a teenager. The Spaniard raced through the ranks at the Emirates, leading the side as its captain for a few years, before rejoining Barcelona. He returned to England to sign for Chelsea in 2014 and won two league titles.