Werner set to leave Chelsea for RB Leipzig, Hudson-Odoi on his way out, Sarr nears AS Monaco switch 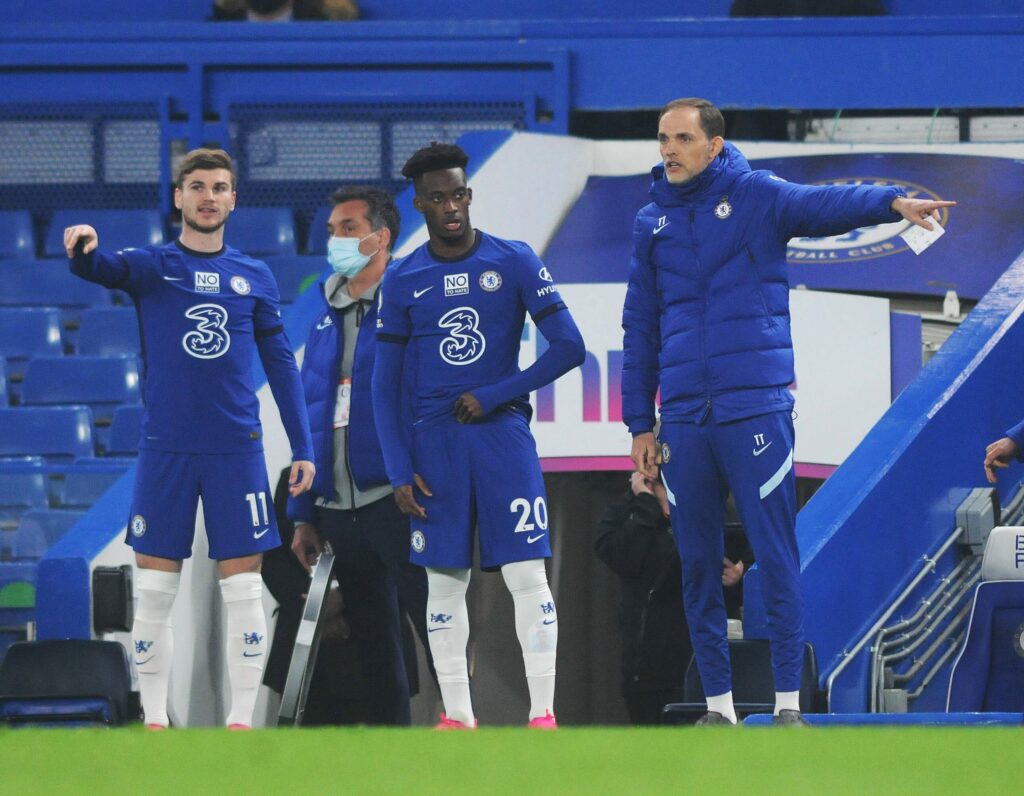 The Blues are close to offloading four first-team players in the next few days. Attacker Timo Werner and Callum Hudson-Odoi as well as centre-back Malang Sarr are all on their way out. This comes just a couple of days after manager Thomas Tuchel confirmed that Barcelona-linked Marcos Alonso will leave the club.

Sky Germany’s Florian Plettenberg claims that Leipzig will pay a fee in the region of 20 million euros to re-sign Werner two years later on a long-term contract. The German, who played 159 times for the Red Bull-owned outfit and scored 95 goals, will pen a five-year deal, which will run until the end of the 2026/27 season.

He scored 12 goals in 52 appearances in his first year in London, finishing as Chelsea’s joint-top scorer alongside Tammy Abraham. The year after, the German lost his place in the first team to Romelu Lukaku but almost matched his previous season’s goal tally; he scored 11 times in 37 appearances – four of those coming from 21 league games.

Academy graduate Callum Hudson-Odoi could follow Werner out of Stamford Bridge. Rumours emerged that the youngster is on his way out after he was left out of Chelsea’s squad for their opening day win against Everton. According to The Guardian, there is widespread interest in the young winger, with Borussia Dortmund, Leicester City, and Southampton among those keeping an eye on him.

The 21-year-old broke into the first team under Maurizio Sarri in the 2018/19 season, finishing the year with 24 appearances and five goals. In the three subsequent campaigns, he racked up 98 more appearances but returned just 11 more goals.

Furthermore, Chelsea are also set to loan out central defender Sarr to AS Monaco for the season with the obligation to purchase should certain conditions be met.

A report in The Athletic claims that the Blues have reached a verbal agreement with the Ligue 1 side over a season-long loan which will be turned into a permanent deal for 15 million euros the year after if Sarr hits certain targets.

The Frenchman signed for Chelsea in the summer of 2020 from OGC Nice on a free transfer and spent the 2020/21 season on loan at FC Porto. He made 21 appearances for Thomas Tuchel’s side last year, playing as the left-sided centre-back, the left back, or the left wingback.