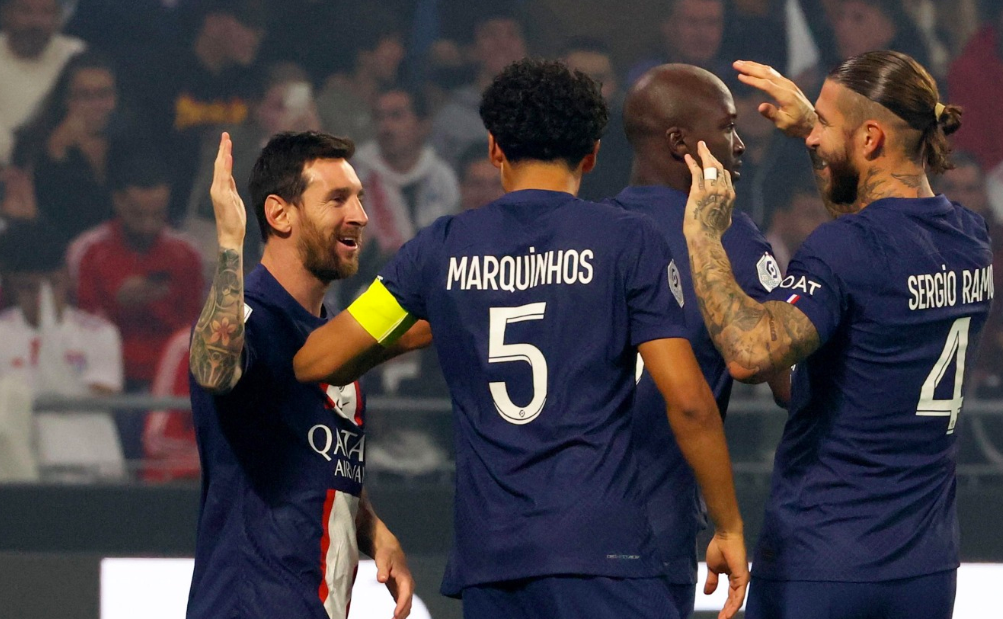 Lionel Messi’s sixth goal of the season in all competition proved to be the difference between Paris Saint-Germain and Olympique Lyonnais in Sunday night’s big French clash.

The Argentine dodged a defender and arrowed the ball into the feet of Neymar before taking up a position just inside the box for the return pass, which he pushed around Anthony Lopes for the game’s only goal.

Lyon youngster Castello Lukeba prevented Messi from scoring his fifth in the league this season – and seventh overall – when he headed his effort away on the goal line. Meanwhile, Lopes, too, kept the seven-time Ballon d’Or winner and his teammate Neymar at bay but was let down by the Lyon attackers’ toothless performance at the other end of the pitch.

Elsewhere, AS Monaco continued their climb up the table with their third win in a row – this time over ten-men Reims. Bradley Locko made Monaco’s job much simpler by receiving his marching orders in the 22nd minute for a studs-up challenge on Breel Embolo.

The Monegasque side took advantage, albeit not immediately; Aleksandr Golovin opened the scoring in the 47th minute with a diving header at the back-post.

Summer signing Takumi Minamino came off the bench to score his first goal of the season. The Japan international received a pass in space from Embolo and finished confidently at the near post. The former Liverpool midfielder supplied the assist for Monaco’s third, the attacker picking Wissam Ben Yedder and the forward finishing the chance with ease.

Finally, early season title challengers Olympique Marseille lost ground in the championship race with a draw at home to Rennes. The visitors took the lead in the 25th minute when Matteo Guendouzi deflected a cross from Hamari Traore past his goalkeeper. However, the Frenchman made amends by scoring the equalizer, seven minutes after the restart, at the other end – flicking the ball from a corner at the near post. 1-1, the game finished.