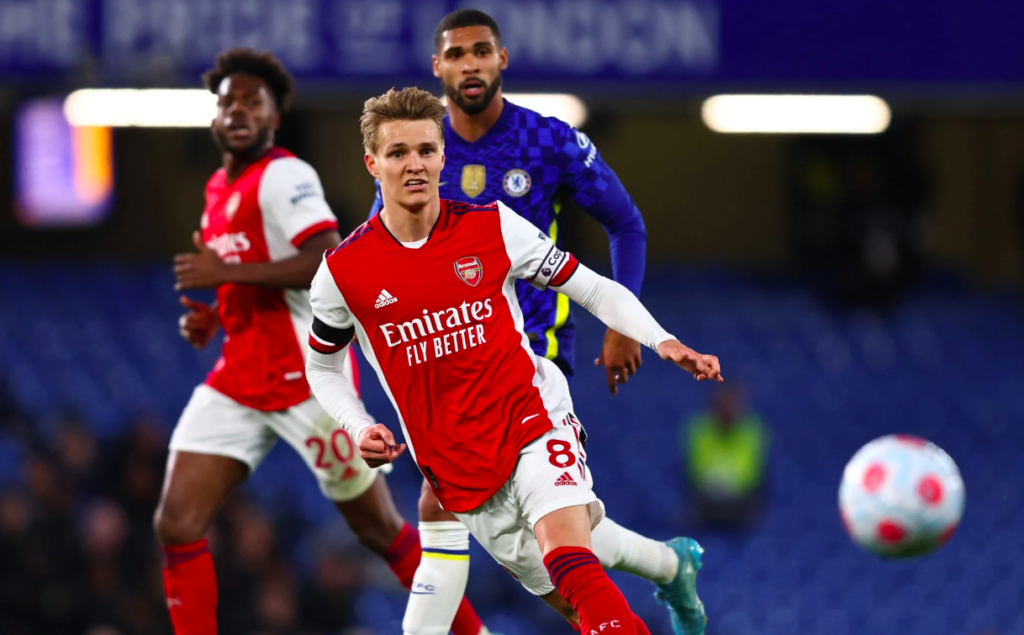 Arsenal have announced that midfielder Martin Odegaard will lead the club for the foreseeable future. The Norwegian is set to take on captaincy duties following the departure of Alexandre Lacazette to Olympique Lyon.

The Norweigan held the armband for the Gunners at times last season, deputizing for Lacazette when the Frenchman was injured or dropped from the squad. In addition to the Norway national team, the 23-year-old Odegaard will now hold the captaincy for the North London outfit.

The club confirmed the same through a statement on their website.

“The 23-year-old has made a huge impact since arriving at Emirates Stadium from Real Madrid in January 2021, initially on loan, and has gone on to play 60 times, scoring nine goals,”

“Odegaard has experience of wearing the armband, having been Norway captain since March 2021, whom he has won 43 caps for,”

Odegaard joined Arsenal in January 2021 on a six-month loan spell from Real Madrid. Having made an immediate and lasting impact, he was brought back by the Gunners to the Emirates the following summer, this time in a permanent transfer worth up to 40 million euros. In his one-and-a-half season with the club, Odegaard has played 60 games and scored nine goals across all competitions.

Nuno Tavares arrived alongside Odegaard in the summer of 2021. However, the Portuguese left-back is already on his way out of the club. The Gunners have loaned the 22-year-old to Olympique Marseille for the 2022/23 season, albeit without the option or the obligation to buy him out of his contract.

Arsenal paid SL Benfica 8 million euros for the services of Tavares, who, after a blistering start to the campaign, fell behind Kieran Tierney in the pecking order. The arrival of Oleksandr Zinchenko pushed the youngster further behind in line, with a temporary move away from the club seen as the best possible option by all concerned.