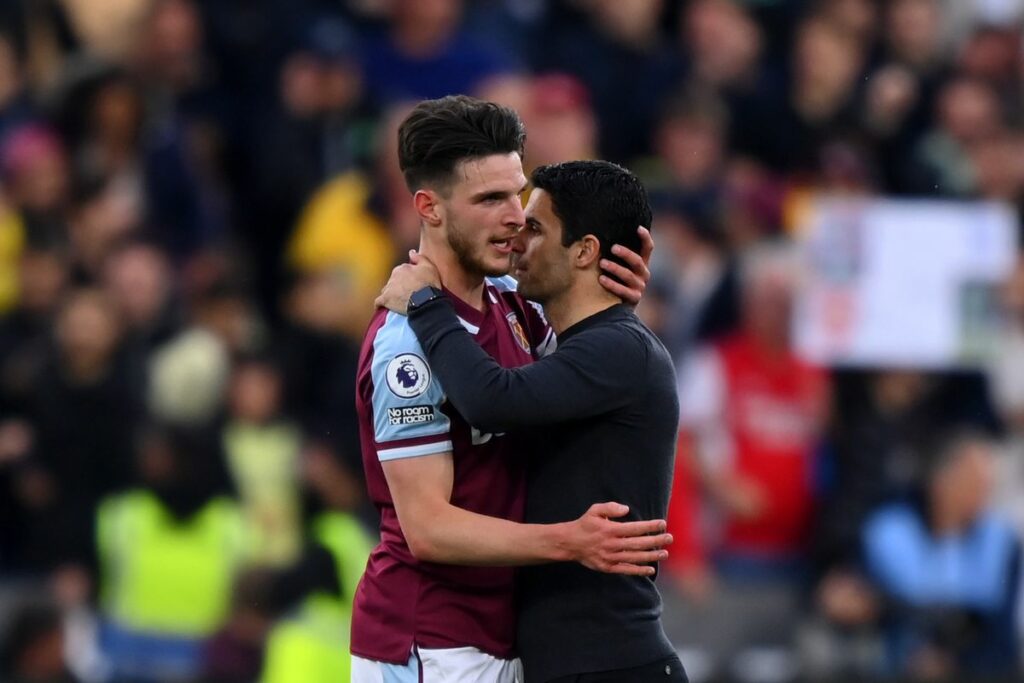 Latest reports suggest England international Declan Rice prefers a transfer move to Premier League table-toppers Arsenal over their bitter London rivals Chelsea. The West Ham stalwart has long been desired by the Blues, who will likely make more personnel changes for Graham Potter’s side at the end of the current campaign.

However, since it became apparent earlier in the week that the English midfielder is one of the Gunners’ top targets for the summer transfer window, Chelsea now find themselves with the prospect of a potential bidding war for the 24-year old.

The Hammers midfielder is expected to leave the club during the summer transfer window, after the player on multiple occasions has professed his desire to play for a Champions League side in the near future.

Rice has been favoured to join Chelsea, but The Guardian reports that the West Ham midfielder is much more interested in signing with Arsenal because of the opportunity to work alongside Spanish tactician Mikel Arteta. Reports have further suggested that Arteta is also a “huge admirer” of the player and has made suitable plans as to Rice’s role in the team should he join over the summer.

“For the last two or three years I have been saying that. I have been playing consistently well for [my] club and I feel like I really want to keep pushing.

I see my friends here who are playing in the Champions League and for big trophies… you only get one career and at the end of your career you want to look back at what you have won and the biggest games you have played in. I am really ambitious.”

The Hammers are reportedly expecting around 100 million piunds in order to let go of Rice, although manager David Moyes had suggested earlier on in the season that the price for the midfield man would be “more than 150 million”.

The steep price is due to the fact that although the player’s contract expires in 2024, the club have an option to extend his deal for a further year.