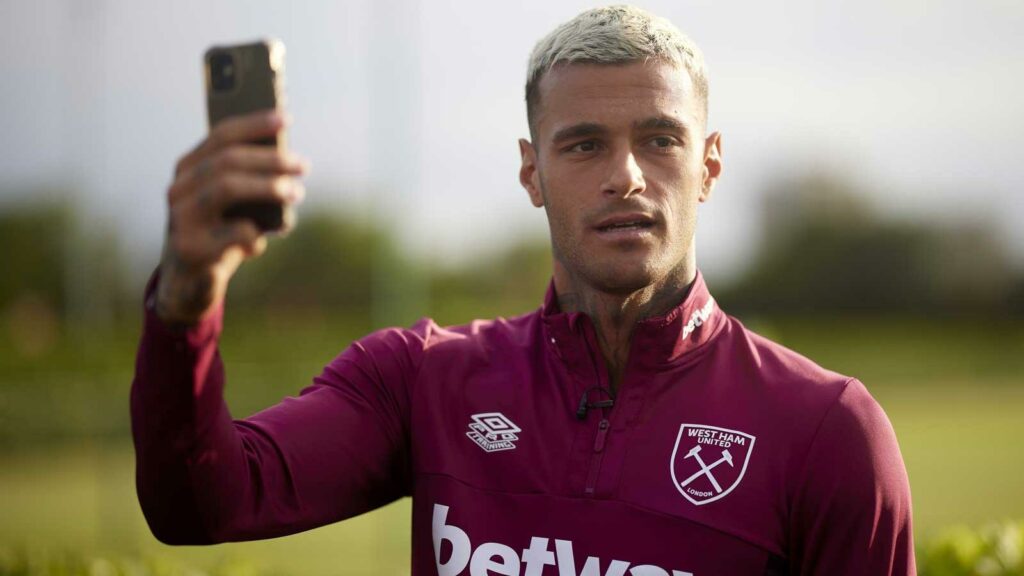 The Hammers have completed the signing of Gianluca Scamacca on a five-year contract, which will run until the end of the 2026/27 season with the option of a sixth year. The Italy international was of interest to European heavyweights such as Paris Saint-Germain and Inter Milan.

The Hammers paid the forward’s parent club Sassuolo a basic fee of 36 million euros, plus an additional six in add-ons. The 23-year-old will wear the number seven for West Ham and provide competition up front to stalwart Michail Antonio. Speaking to the club website for the first time, Scamacca underlined his expectations for his debut season in England.

“I am really excited to join West Ham. I’ve waited a long time for this moment – it’s been a dream to play in the Premier League.

“I feel like West Ham is the perfect team for me. They showed they really wanted me and when I spoke to the manager there was an instant understanding.

“I can’t wait to play and show the supporters what I can do in the West Ham shirt – I hope we will love each other,”

Scamacca spent his formative years in the academies of Roman rivals Lazio and AS Roma before leaving his native country for a foreign adventure in the Netherlands. PSV Eindhoven signed the striker for their youth side but, after only a handful of appearances for their reserve side, sold him to Sassuolo for a small fee.

He spent his initial Sassuolo years on loan in the lower tiers of Italy and the Netherlands before enjoying a breakout spell with top division side Genoa in 2020/21. He returned to his parent club the subsequent season for a starting spot and scored 16 goals across all competitions, winning his first international cap in the process.