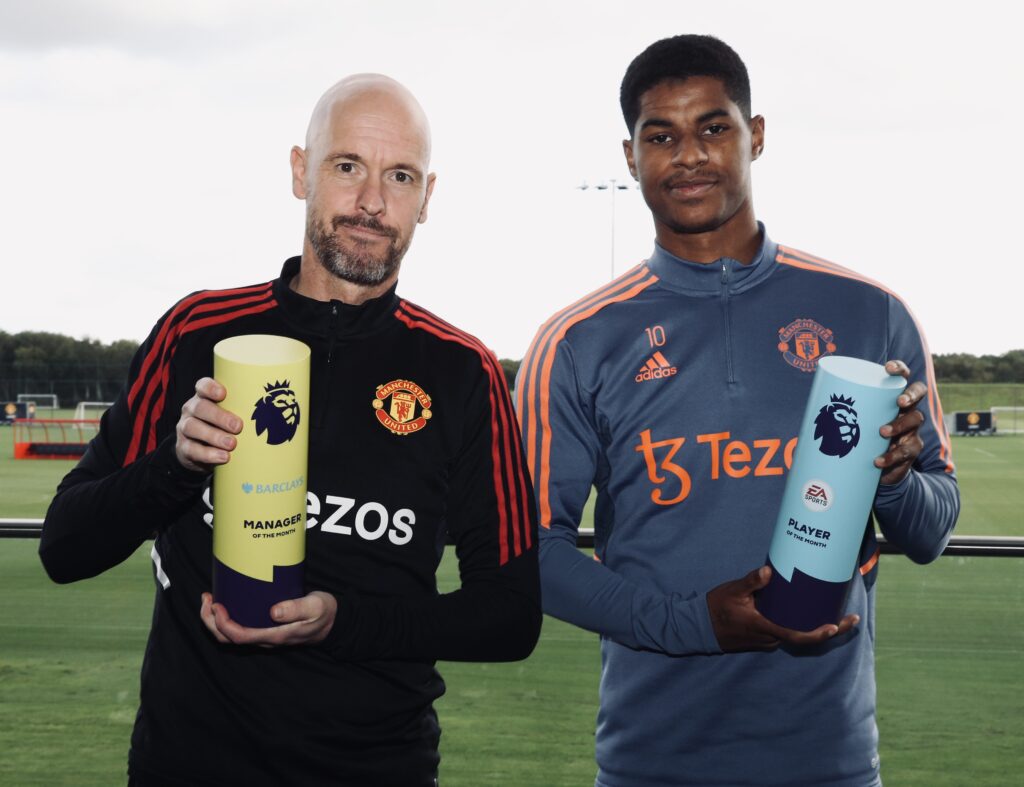 Manchester United forward Marcus Rashfordold, whose place in the squad had been called into question after an underwhelming 2021-22 season, rebounded this month as the Red Devils have won both of their September top-flight outings.

The death of Queen Elizabeth II resulted in a shortened Premier League schedule this month, but the 24-year-old still managed to score two goals and assist twice in his two appearances. He set up Jadon Sancho’s winning goal against Leicester City before scoring twice and registering another assist against Arsenal (3-1).

Rashford’s contributions were sufficient for him to be named player of the month for the first time since January 2019.

The England attacker, who missed the recent international break due to a muscle injury, said it was a good feeling to win the award and that the challenge would be to maintain the team’s good form.

“Yeah, it’s a good feeling. I think we didn’t start the season so strongly, so to get four wins on the bounce [in the league] is really good. The challenge now for us all is to maintain that and to keep winning games. The four wins have been good team performances and the important thing for me is that we’ve got better as time’s gone on,”

he told the club’s media department.

Rashford is still doubtful for Sunday’s Manchester derby against City. With 12 points from six games, the Red Devils are currently sixth in the Premier League table.