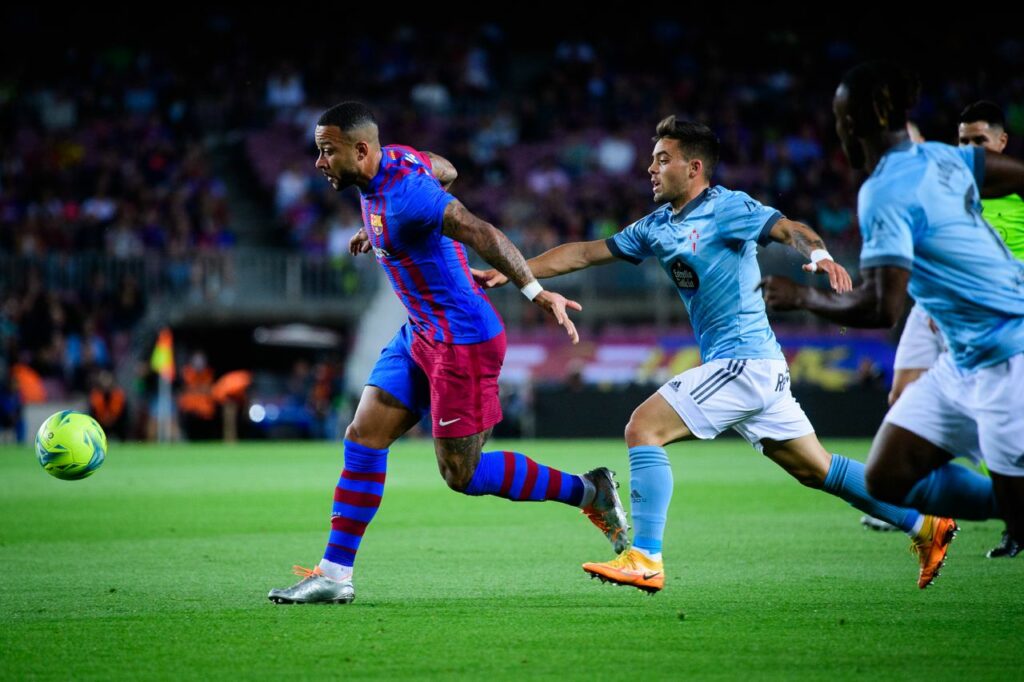 The Blaugrana have set their price on long term Juventus target Memphis Depay whom the Catalan giants value at 20 million euros, according to Tuttojuve.

The attacker has been a target for the Bianconeri since his time at Lyon, however he joined Barca at the start of last season. However, after failing to impress at Camp Nou and with the Blaugarana needing to offload some of their players to make money available for new signings, it has been agreed that the Dutchman will now be sold if right offer comes in.

Juve’s interest in Depay has resurfaced as the club seeks a new forward to complement Dusan Vlahovic. And with the attacker’s contract in Spain expiring at the end of next season, his current club is looking to sell him.

A move to Juventus is once again on the cards, and according to Todofichajes, the Bianconeri are now confident he will be their player by next season. As per the report, despite the fact that other clubs are interested in signing him, the Bianconeri have been in talks with his entourage since January, making them the favourites to add him to their squad. The player could be a good replacement for the Old Lady, who saw the departure of playmaker Paulo Dybala earlier this month.

This is not the first time that the Dutch forward has flopped in a competitive league after also having flopped in the Premier League playing for Manchester United in 2015 and 2016. He, however, has done exceptionally well in the much-fancied Eredivisie, where he notched up 39 goals from 90 appearances playing for PSV Eindhoven.

He also starred for Lyon 1 after racking up 63 goals from 139 games in the four-and-a-half-year stint at the French club. Such was his performance in France that a host of top clubs got interested in signing him, including the Bianconeri and the Catalans.

The 27-year-old ultimately joined Camp Nou on a multiyear free transfer deal after then Barca boss and fellow countryman Ronald Koeman convinced the player to join the La Liga side. There he made 38 appearances in all competitions, scoring 13 goals and assisting thrice.