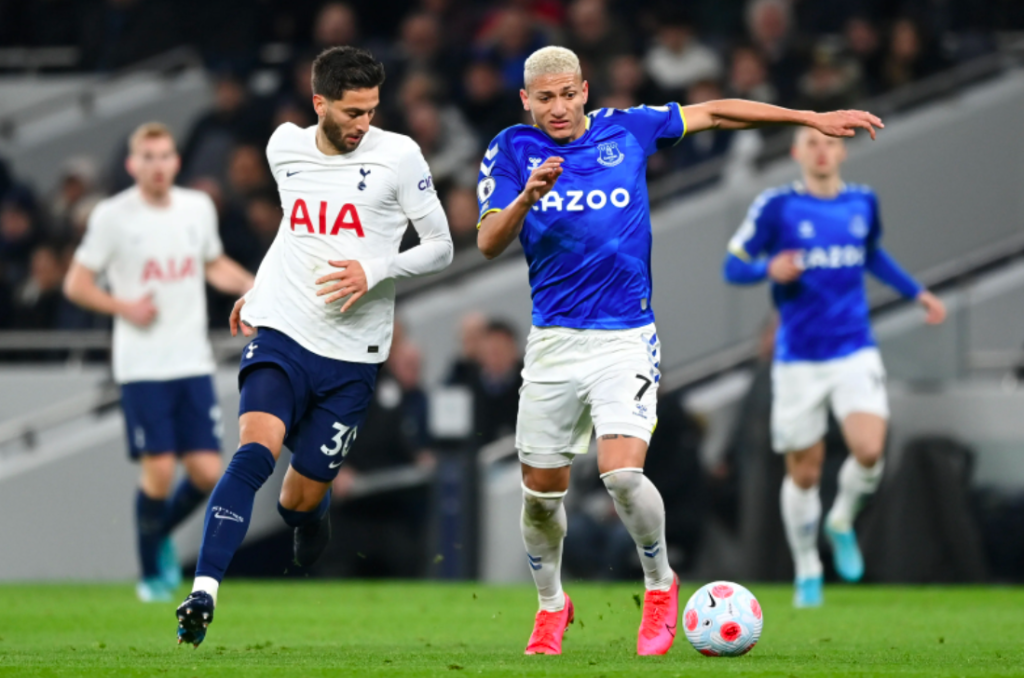 Tottenham Hotspur have reportedly agreed personal terms with Everton striker Richarlison. The club prioritised the Brazilian over Leeds United’s Raphinha, according to Caught Offside, and have taken a significant step toward completing the deal.

Spurs have been in talks with the Toffees to sign the 25-year-old but were unable to reach an agreement with the Brazil International earlier. However, that trouble seems to be over now with Caught Offside writing on Twitter:

“We have been told that Richarlison has agreed personal terms with #THFC.”

Richarlison’s intentions to leave Goodison Park have been clear for several months, and now he appears to be on his way out. Spurs qualified for the Champions League last season under Antonio Conte and are looking to add firepower in the final third.

Despite having world-class players like Harry Kane and Son Heung-min, they have identified the Toffees star as one of their top summer targets. While the two clubs must still agree on a fee, Spurs will be relieved that they have reached personal terms with the player.

Everton sources value the forward, who scored 11 goals to help the Toffees avoid relegation last season, at more than 60 million pounds, but an official bid is expected in the coming days, with Spurs set to meet with the player’s representatives to discuss a potential deal.

Chelsea are also interested, though their transfer activity is currently hampered by the departures of chairman Bruce Buck, director Marina Granovskaia, and Petr Cech, the club’s technical and performance advisor, in recent weeks.

Meanwhile, Goal.com also reports that it is not just Richarlison who the Spurs want to poach from the Merseyside club. As per the website, the North London club is also interested in the Brazilian’s team-mate Anthony Gordon.

Last season, the 21-year-old was one of Everton’s few bright spots, making 40 appearances and scoring four goals in a breakthrough campaign. And as per the same publication, Everton could be enticed by a bid of 25 million or more for the Toffees graduate.

Spurs finished last season in fourth place, just above rivals Arsenal and would now be hoping to play well in the upcoming Champions League season under gaffer Conte.