Official: Nunez becomes Liverpool’s most expensive signing of all time 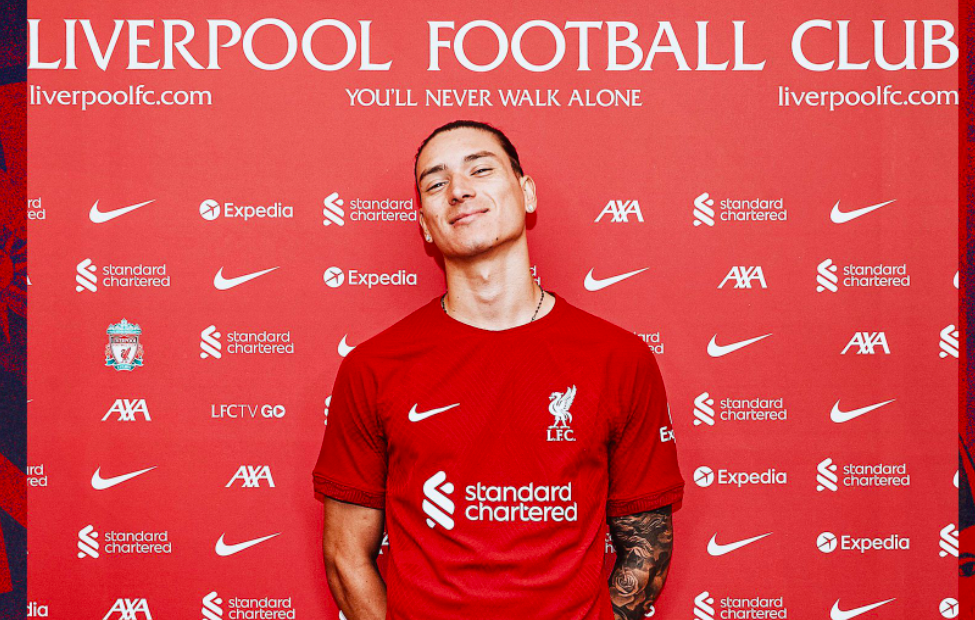 The Reds have broken their transfer record to sign SL Benfica hitman Darwin Nunez, the club announced on Tuesday night. The Uruguayan arrives on a six-year deal and could replace the outgoing Sadio Mane in the squad.

The 22-year-old is yet to receive his work permit and international clearance but, barring any unforeseen circumstance, will represent Liverpool for the next six seasons.

While Liverpool kept the cost of the transfer undisclosed, the details of the same were revealed by Nunez’s former club Benfica a day earlier on Monday.

The Portuguese giants confirmed through a statement that the Reds will pay them an initial fee of 75 million euros – making it both the highest sum Liverpool have paid for a player and the second-highest Benfica has received – plus an additional 25 million in achievable bonuses, bringing the total cost of the transfer to 100 million.

Nunez spoke of his delight at signing for Liverpool in his first interview with the club, claiming that he has watched a lot of Jurgen Klopp’s side over the years.

“It’s a pleasure to be here in Liverpool and I’m very happy to be a part of this great club.

“I’ve played against Liverpool and I’ve seen them in lots of games in the Champions League, and it’s my style of play. There are some great players here and I think it’s going to suit my style of play here,”

Nunez joins the Reds as the top scorer in the Portuguese league. The Uruguayan scored 26 goals in 28 games for Benfica in the Primeira Liga and added a further six in 10 in the UEFA Champions League. He becomes Liverpool’s second signing of the summer after Fabio Carvalho – who joined earlier from Fulham – and will wear the number 27.