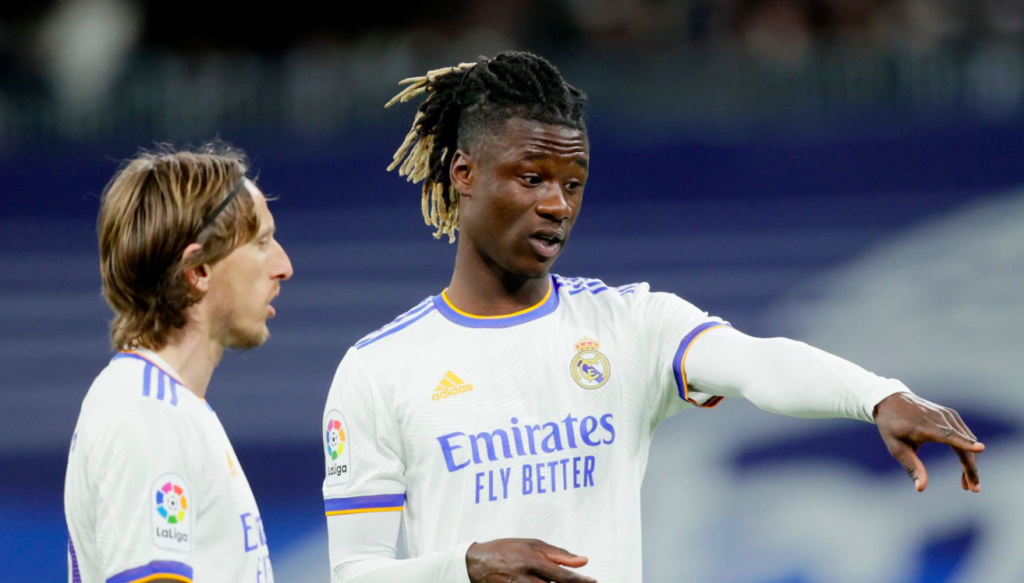 14-time Champions League winner Real Madrid’s midfield may need to undertake some major transformations in the near future. While 37-year-old Luka Modric, Toni Kroos, 32, is rumoured to be pondering retirement at the end of this season.

Dani Ceballos is yet another midfielder who could be on his way out soon, given that his current contract expires at the conclusion of the season. Eduardo Camavinga’s progress has not gone as smoothly as one might have expected after a fantastic debut season.

Therefore, it does not come as a massive surprise that Real Madrid have taken a key interest in several young midfielders, such as Jude Bellingham (Borussia Dortmund) and Enzo Fernandez (SL Benfica), both of whom had a fantastic World Cup. Fernandez was instrumental for Argentina, and even picked up the Best Young Player award in the Albiceleste’s victorious campaign.

Newcastle United’s Brazilian midfielder Bruno Guimaraes is also reportedly on Real Madrid’s wishlist. The Portuguese has shone ever since arriving in the Premier League, having established himself as one of the best midfielders in the league. Eddie Howe’s side, who are targeting a top-four finish to the season after a solid start, are heavily reliant on Guimaraes, who has been excellent defensively and can also go forward with great ease.

The Brazilian has managed to score several goals for the Magpies, including several screamers from long range. Such being the case, it is unlikely that Newcastle would allow Guimaraes to leave, but that has not put a dampener on the interest from the Los Blancos.

The Eddie Howe-coached side paid 34 million pounds to Olympique Lyon for the Brazilian back in January and are considered “not at all interested” in negotiating a deal that will see Guimaraes walk out of the club. Even if that were the case, Carlo Ancelotti and co would have to pay the price far more than what the Magpies did, an unlikely scenario, all things considered.