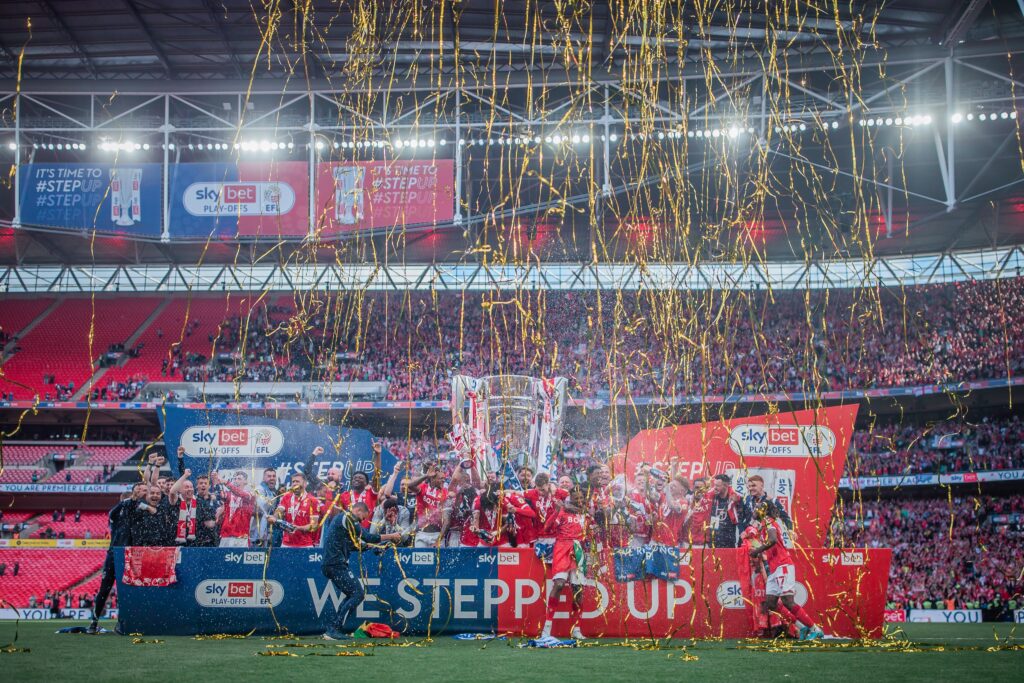 Two decades after falling down a division, Nottingham Forest are set to return to the Premier League. The Reds beat Huddersfield 1-0 in the EFL Championship playoff and became the 20th team for the 2022/23 league season.

Promotion marks a remarkable turnaround the club has achieved under former England U17 and Swansea City manager Steve Cooper, who took over the head coach duties from Chris Hughton following a disastrous start to the season.

Forest were 24th and bottom seven matchdays into the season, having lost six of their seven games and drawn the odd one. In comparison, the two-time European Cup winners lost six matches in the entirety of Cooper’s reign, finishing fourth and qualifying for the playoffs.

Cooper’s men then navigated a tricky two-legged semi-final against Sheffield United in the playoffs, creeping into the final through a penalty shootout.

In the one-off game at Wembley, played on May 29, Forest took a one-goal lead just before the interval, courtesy of an own goal by Chelsea loanee Levi Colwill, that they then protected for whatever time that remained in the first half and the entirety of the second.

Marking their return to the Premier League after 23 years, manager Copper claimed his team reminded the world of their special status; Forest had won the league once before, along with two FA Cups, and two European Cups.

“We’ve reminded the world of how special and how big this football club is and that means a lot to me.

“There is no doubt that we deserve to be promoted, with the football that we have played, the games that we have won, the attitude we have given after every average performance or loss. I am really proud of everybody connected with the club.

It is a magical football club and we have just reminded the world of that.”

Forest joins Fulham and Bournemouth among the sides to be promoted to the Premier League for the 2022/23 season, taking the place of Burnley, Watford, and Norwich City.