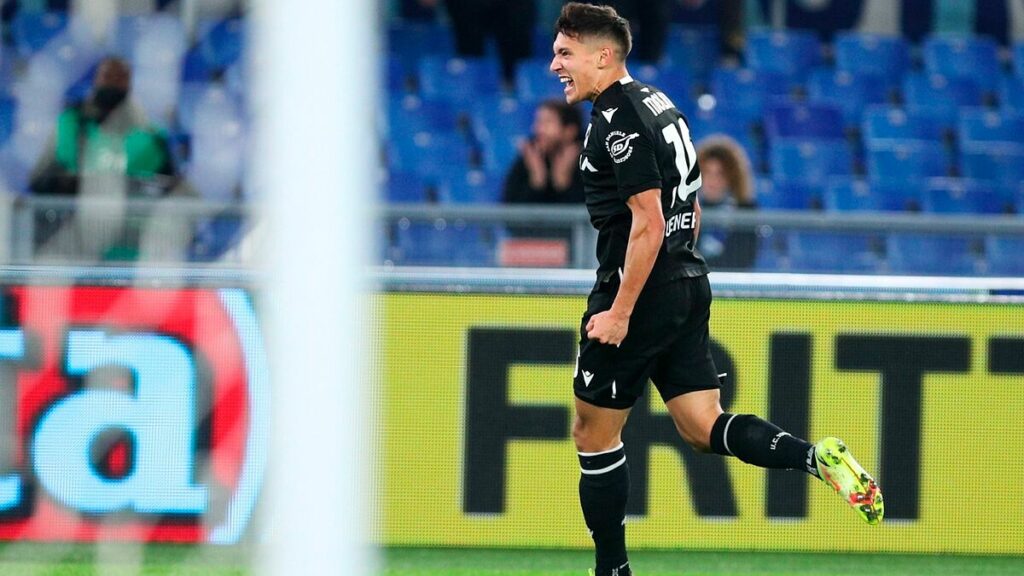 Sources indicate Arsenal are one of three clubs, who are closely keeping an eye on Udinese right-back Nahuel Molina and have also made an official bid.

Spanish outlet Marca report that Atletico Madrid have submitted an official bid for the Argentina international. Los Rojiblancos had successfully signed Udinese captain and another Argentine stalwart Rodrigo de Paul last July and are also interested in his compatriot.

However, they aren’t the only top side interested in the player, as Juventus and Arsenal have also made official bids for the player.

Udinese, meanwhile, will not be keen on letting the 24-year-old leave for cheap. He had a strong season and scored eight goals while providing five assists in his 37 appearances in the league this season. Also, he has a long contract until 2026, so prospective buyers will have to pay a commanding price for him.

Molina is a right-back who was part of the Argentina side that lifted the Copa America in Brazil in 2021. He has mostly featured as a right wing-back this season which is why his offensive contribution has been very high.

Takehiro Tomiyasu was supposed to make the right flank his own, but he has suffered from injury problems in his first year with Arsenal. Therefore, it makes sense that Mikel Arteta and his staff are looking for a solid alternative to provide competition to the Japanese international and to cover for him when unavailable.

While Tomiyasu’s defensive sturdiness is the highlight of his game, Molina can romp forward, make overlapping runs, provide crosses and also get in dangerous positions from the wing and into the final third. Having both Tomiyasu and Molina in the squad will provide a healthy balance of options for Mikel Arteta as far as the right flank is concerned.

If Arsenal are actually intent on signing Molina, reports suggest that their best plan might be to include Pablo Mari in a potential deal with the Serie A side. Mari had joined Udinese on loan in the January transfer window, and he helped them steer clear of the threat of the relegation zone as they moved up the table from 15th to 12th after his arrival.

While previous reports claimed that Udinese could ask up to 30 million euros for Molina, they will be expected to significantly lower that price if Mari is included in the deal.