”There’s no need to make a soap opera around him”: Bruno Fernandes backs Ronaldo following Nations League defeat against Spain 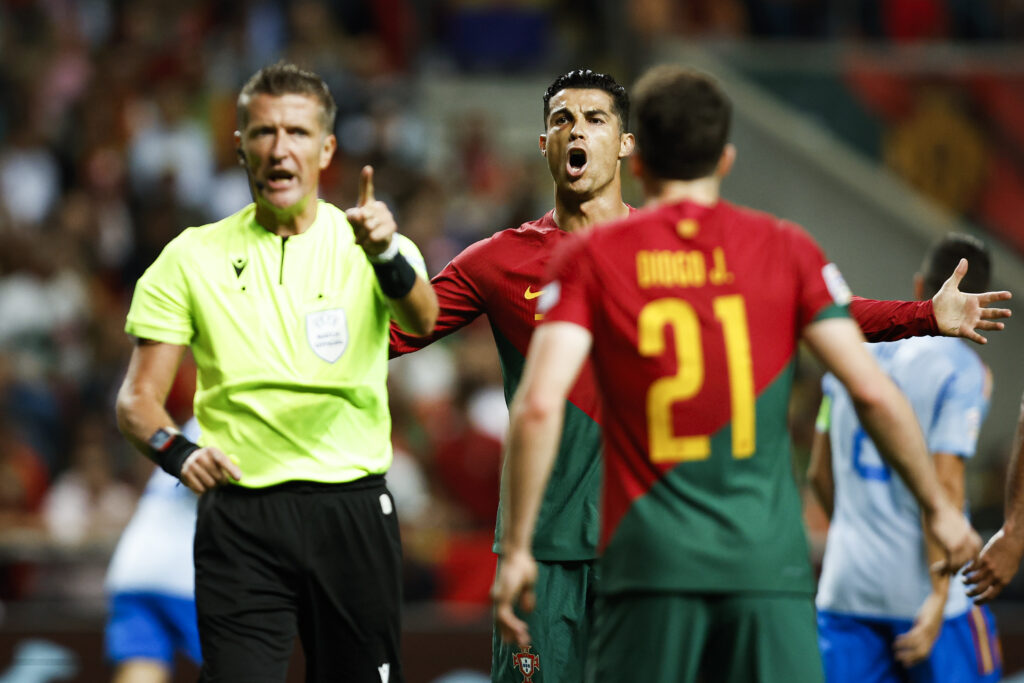 The one-nil victory advanced Luis Enrique’s side to the Nations League finals, which will be held next year. The other three teams to reach the finals are Croatia, Netherlands, and Italy.

Portugal captain Ronaldo was wasteful in front of goal, squandering big chances to put the hosts ahead and then equalise. He only had 30 touches of the ball throughout the game and was clearly frustrated by a lack of supply.

Bruno was questioned after the game about his captain’s frustration. He attempted to downplay Ronaldo’s reactions, blaming them on his lack of goals this season.

”Cristiano is here to help and will continue to help. It’s ok. Frustration is normal, he wants to win and score goals. There’s no need to make a soap opera around him. The goals will appear, they are phases. Have more peace of mind,”

This season, Cristinao has started in just one Premier League match for the Red Devils, a 4-0 loss to Brentford. Since then, he has only started two Europa League games for United, as Erik ten Hag prefers other attacking options in the Premier League. His only goal came from a penalty kick against FC Sheriff.

Moreover, the 37-year-old failed to score in both of Selecao’s Nations League matches during the recent international break against the Czech Republic and Spain. With the FIFA World Cup starting on November 20, Portugal and Ronaldo supporters will be hoping that the superstar returns to form soon.

The former Real Madrid forward will next be seen in action on October 2, when United face Manchester City in the Premier League.