Nations League: Morata’s late goal proves to be the difference between Spain and Portugal 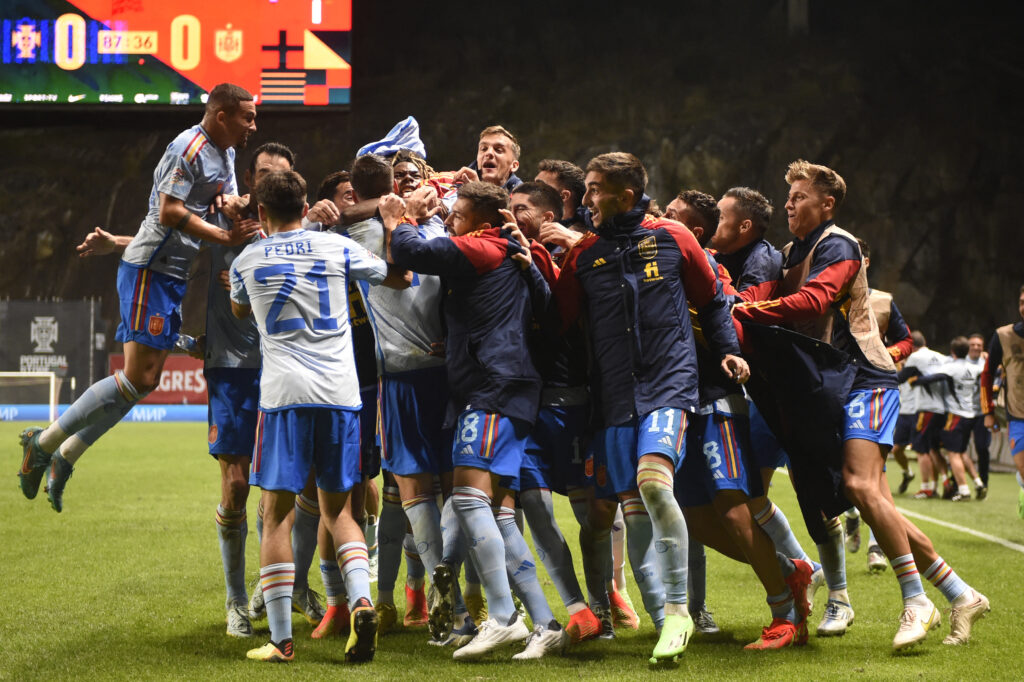 Spain have once again snatched a spot in the last four of the UEFA Nations League finals with a 1-0 win over Portugal at the Estadio Municipal de Braga in Braga late on Tuesday night. With that victory, Luis Enrique’s side have also qualified for the Nations League finals.

Alvaro Morata found the back of the net two minutes before the end of regulated time when a long provided by Dani Carvajal was headed by Nico Williams into the path of centre-forward, who tucked it home to silence the capacity crowd of Portuguese supporters at the stadium.

Curiously enough, the hosts had dominated much of the first half, but Enrique brought on Pedri, Gavi, Yeremi Pino, and Williams in the second half, which completely changed the situation in favour of the two-time European champions. Chances were created by the bundle and eventually, Spain reaped its benefits through Morata’s late goal.

Resultantly, Spain finished on top of League A-Group 2 on 11 points from six games, one point above second-placed Portugal, who only needed a draw to secure a place in the semi-finals. Las Rojas will square off against Croatia, Italy and the Netherlands in next year’s finals tournament.

“It was a difficult game but I stay with the attitude of the team. We have made a great effort. If we were knocked out it had to be by leaving everything on the field and that’s how it was one more time for us,”

It was a frustrating night for Cristiano Ronaldo-led Portugal as the talisman himself cut a frustrating figure throughout the night. Although the hosts created several chances, especially in the first half, they were unable to capitalize on them.

Questions were also raised about Ronaldo’s age, fitness, and form given that he failed to link up with several of his teammates and showed erratic signs during the match.