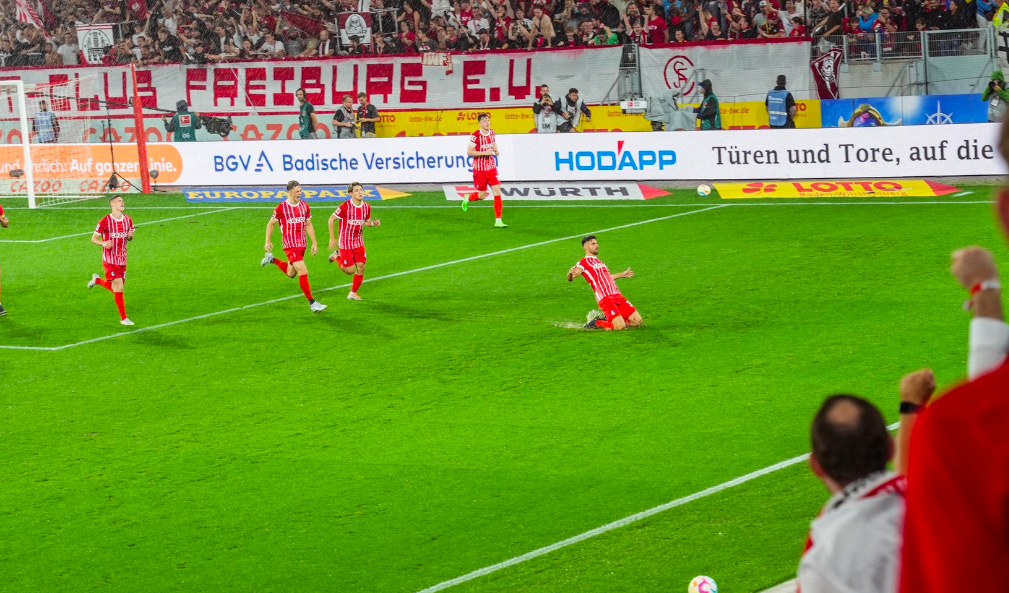 Christian Streich’s men continued their strong start to the season with a 1-0 victory at home to Bochum in the Bundesliga Matchday 4 curtain-raiser on Friday.

Bochum came into the game looking to avenge a 7-0 home loss to Bayern Munich the previous week, and they started brightly, with Gerrit Holtmann having the first shot of the game before Takuma Asano drilled just wide of Mark Flekken’s goal.

The home side gradually began to make their presence felt, with Ritsu Doan going close from a clever Grifo pass before Manuel Riemann denied Michael Gregoritsch and Roland Sallai on the follow-up and Nicolas Hofler blazing over from close range moments later.

On the half-hour mark, Gregoritsch and Sallai came close to breaking the deadlock, with Freiburg well ahead, but the former was denied by the Bochum custodian, while Sallai fired an audacious overhead attempt wide.

Grifo demonstrated to his teammates how to score goals early in the second half, albeit with the generous help of luck. Freiburg were awarded a penalty following a VAR review after Riemann pulled Sallai down inside the box, and while the Bochum goalkeeper saved Grifo’s initial spot-kick and rebound shot, he was powerless to prevent the midfielder from finishing from close range on the third attempt.

Riemann foiled Gregoritsch from close range before the forward struck the post on the rebound, putting Christian Streich’s side out of sight long before the end.

Given the sheer number of chances, Bochum could have equalised – or even have had won the match – with Holtmann hitting the crossbar twice, while substitute Nils Petersen also rattled the crossbar with a brilliant shot on the turn in the closing stages and saw a long-range lob bounce over. However, there were no more goals as Freiburg earned their third league victory of the season.

With this victory, Freiburg moved to the second spot in the Bundesliga table with three wins out of four games. Bayern, on the other hand, lead the charts with three wins in as many games and are scheduled to play third-placed Borussia Monchengladbach on Saturday.