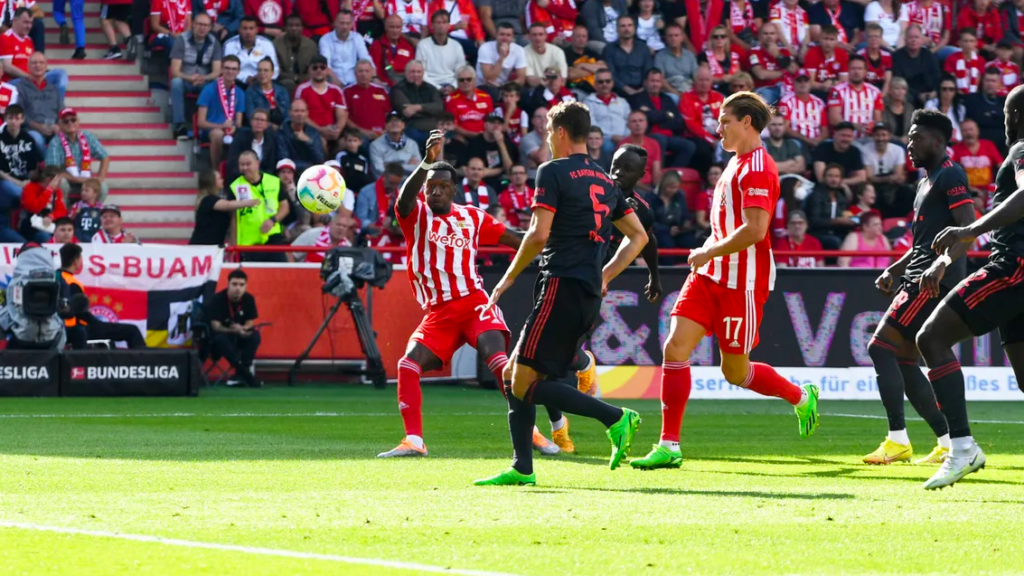 The defending Bundesliga champions recorded their second successive draw to surrender the early lead in the 2022/23 season, against Union Berlin. Julian Nagelsmann’s men fell to third in the table as a result.

Union, playing in front of a home crowd, took the lead in the 12th minute through Sheraldo Becker, the attacker volleying the ball past Manuel Neuer from a set-piece.

Bayern equalized just three minutes later when Joshua Kimmich arrowed his shot into the far corner of the net after Jamal Musiala’s earlier strike was blocked off by a defender. The hosts registered 21 shots at the Union goal but, similar to last week, couldn’t find a way past custodian Frederik Ronnow and had to settle for a draw.

Bayern’s draw presented SC Freiburg with the chance to go top of the table, one which Christian Streich’s side grabbed with both hands. Despite falling behind in the 16th minute against Bayer Leverkusen – Kerem Demirbay had squeezed the ball in from close range after some catastrophic defending from the away side. Freiburg equalized through Matthias Ginter in the 48th minute and then took the lead through Michael Gregoritsch in the 51st.

Patrick Schick brought Leverkusen level by heading the ball in off a Callum Hudson-Odoi cross five minutes past the hour, but Ritsu Doan slid in at the back post to restore Freiburg’s lead just seven minutes later – one that Streich’s side held onto for the three points.

Meanwhile, RB Leipzig’s dismal start to the season continued as they were thrashed 4-0 by Eintracht Frankfurt away from home. The 2021/22 UEFA Europa League winners took the lead in the 16th minute through Daichi Kamada, who, despite being linked to SL Benfica, decided to stay put in Frankfurt for the time being. Six minutes later, Sebastian Rode’s deflected shot crept into the net, putting Die Adler two goals up.

Centre-back Tuta increased Frankfurt’s lead to three after the hour mark, effectively sealing the win. But Rafael Santos Borre scored from the spot six minutes from time to add gloss to the scoreline and condemn Leipzig to their second defeat of the season.