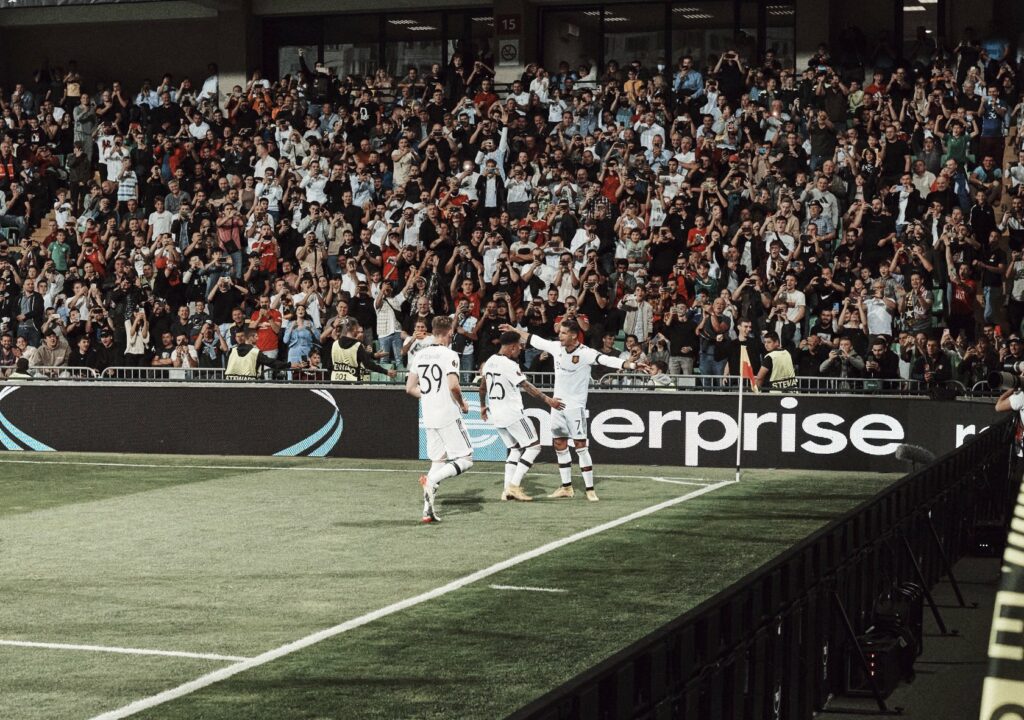 Manchester United bounced back from a defeat against Real Sociedad on matchday one of the 2022/23 UEFA Europa League. Cristiano Ronaldo scored his first goal of the season as Erik ten Hag’s side beat Sheriff Tiraspol 2-0.

The Red Devils took the lead 17 minutes in through Jadon Sancho. The Englishman combined with teammates Bruno Fernandes and Christian Eriksen before taking the latter’s pass in his stride inside the box, dummying onto his left foot, and scoring with a low shot into the corner.

Ten Hag’s side trails Real Sociedad by three points after two matchdays, the Spanish outfit winning their second consecutive match on Thursday night against Omonoia with Ander Guevara and Alexander Sorloth on the scoresheet, either side of a Bruno Felipe goal.

In the Stadio Olimpico, AS Roma’s job was made much easier by HJK Helsinki captain Miro Tenho, who was sent off for tripping Andrea Belotti as the last man just 15 minutes after kick-off. The Giallorossi, however, could not capitalize until the 47th minute, and after the introduction of Paulo Dybala as a half-time substitute – the Argentine scoring with a sublime first-time shot from a Lorenzo Pellegrini lay-off.

Pellegrini bundled the ball over the line two minutes later to put Roma in charge of proceedings before Belotti scored his first in Giallorossi colors – eight minutes past the hour – by tapping in a Nicolo Zaniolo cross from close range.

Maurizio Sarri’s Lazio were thrashed 5-1 by Midtjylland in the shock of the round, but the Biancocelesti remained on track for qualification to the next round courtesy of Feyenoord’s 6-0 win over SK Sturm Graz – all four teams in their group are currently on three points.

Rennes surrendered a two-goal lead against Fenerbahce as Real Betis beat Ludogorets 3-2. Bundesliga leaders Union Berlin lost to Braga, but there was another comprehensive win for SC Freiburg, who beat opponents Olympiacos 3-0.