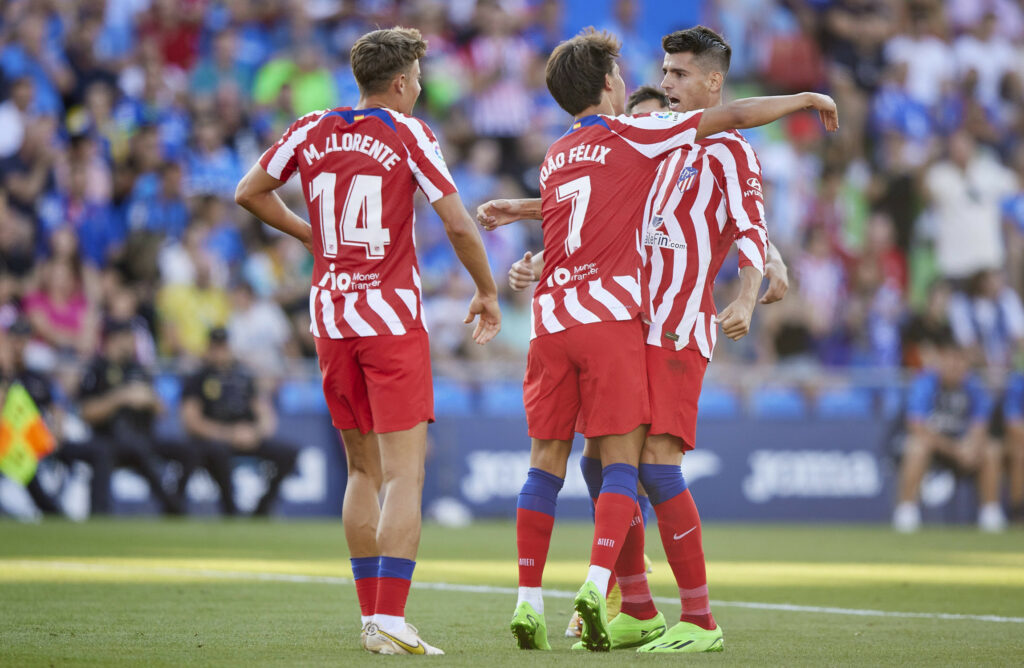 Alvaro Morata returned home from a two-year loan stay at Juventus and was immediately the talk of the town when he scored a double in Atletico Madrid’s Monday night win over Getafe in their season opener.

Joao Felix, like Morata, starred for the Rojiblancos, as he created all three of their goals on the night. The first from a simple touch into the path of the Spanish forward, who wrapped his foot around the ball and curled it past David Soria from outside the box.

However, Felix’s second assist of the game was something his coach Diego Simeone must have been proud of. The Portugal international intercepted the ball that Getafe were attempting to play out from the back with his impressive pressing before playing a superb reverse pass into the path of Morata, who thumped it into the roof of the net at the near post.

Antoine Griezmann came off the bench to wrap up the win with a third in the 75th minute. Played through by Felix, the Frenchman found the corner of the net with an arrowed strike from outside the box, scoring his first LaLiga goal since November. Griezmann and Felix came close to adding another late on, but Atletico closed the 3-0 win with ease, regardless.

Elsewhere, Real Betis beat Elche 3-0 in their season opener – putting aside their off-field troubles in registering new signings. John Nwankwo’s early red card helped Betis; the youngster sent off for bundling over Aitor Ruibal as the last man in his defence.

Borja Iglesias was the first to take advantage, tapping in the opener from Nabil Fekir’s low cross. Former Southampton player Juanmi added a second just before the interval, collecting a superb pass from William Carvalho and poking it past the goalkeeper.

Juanmi added a second on the stroke of the hour, capitalizing on a defensive mix-up, rounding the defender, and tapping the ball into an empty net for a comfortable 3-0 win.