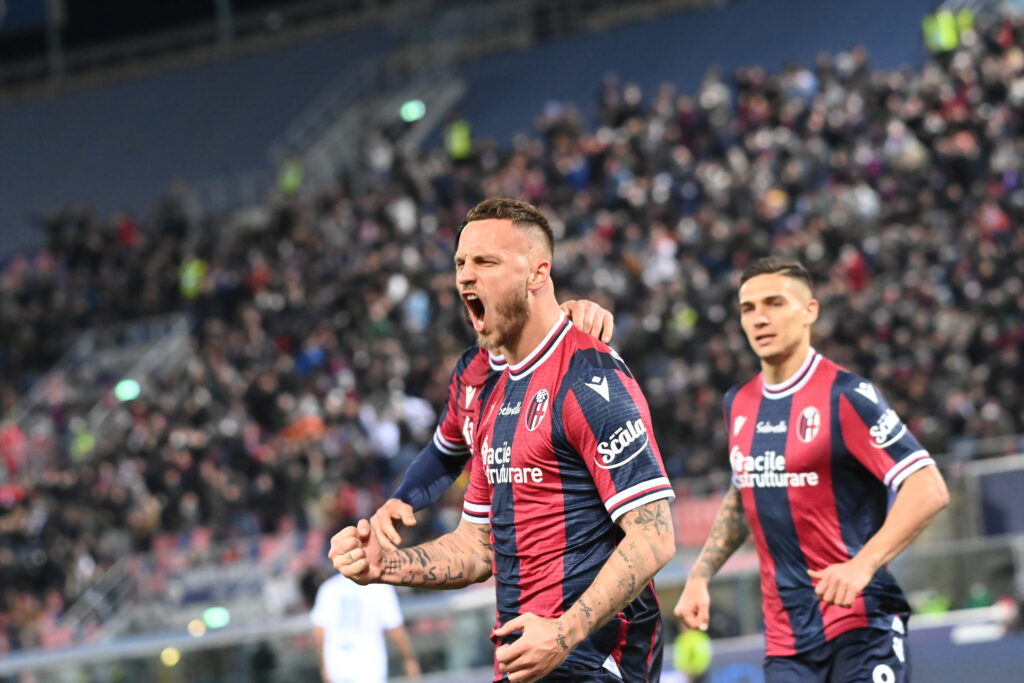 According to reports from Italy, former West Ham and Stoke City striker Marko Arnautovic could return to the Premier League with Manchester United.

The 33-year-old is currently playing for Bologna, whom he joined last summer and went on to score 14 goals in 33 Serie A appearances during his debut season. As per transfer journalist Gianluca di Marzio, Juventus are interested in signing the former Inter Milan forward. And Now La Gazetto dello Sport claims that United could also enter the race for the player.

Given Cristiano Ronaldo’s reported desire to leave the club following their failure to qualify for the Champions League this season, United had already been linked with a move for a forward player, including Ajax winger Antony.

However, Anthony Martial has suffered a hamstring injury shotrly after returning to United from a loan spell at Sevilla, exacerbating their striker shortage.

Marcus Rashford could play through the middle, but he has been in poor form for a long time and has become more accustomed to playing on the wing in recent years.

“Man United will head into their Premier League opener with the possibility of starting with Cristiano Ronaldo, whose future remains uncertain and the Portuguese wants to leave. Anthony Martial will miss out due to injury. With that in mind, it is barely a surprise that the club want new forwards.

“Arnautovic is said to be quite fascinated by the idea of returning to the Premier League, where he spent a fair amount of time during stints at West Ham and Stoke City,”

Bologna will not let their star player leave cheaply, and United may be forced to pay more than 10 million pounds if they make a move.

Arnautovic was rumoured to be returning to West Ham last season after leaving the club for the Chinese side Shanghai SIPG in 2019. David Moyes had gotten the most out of the Austrian during his two-year spell at the club that saw the striker score 22 goals in 65 games.