OGC Nice swoop in for free-agent Ramsey after Juventus termination, near Schmeichel deal 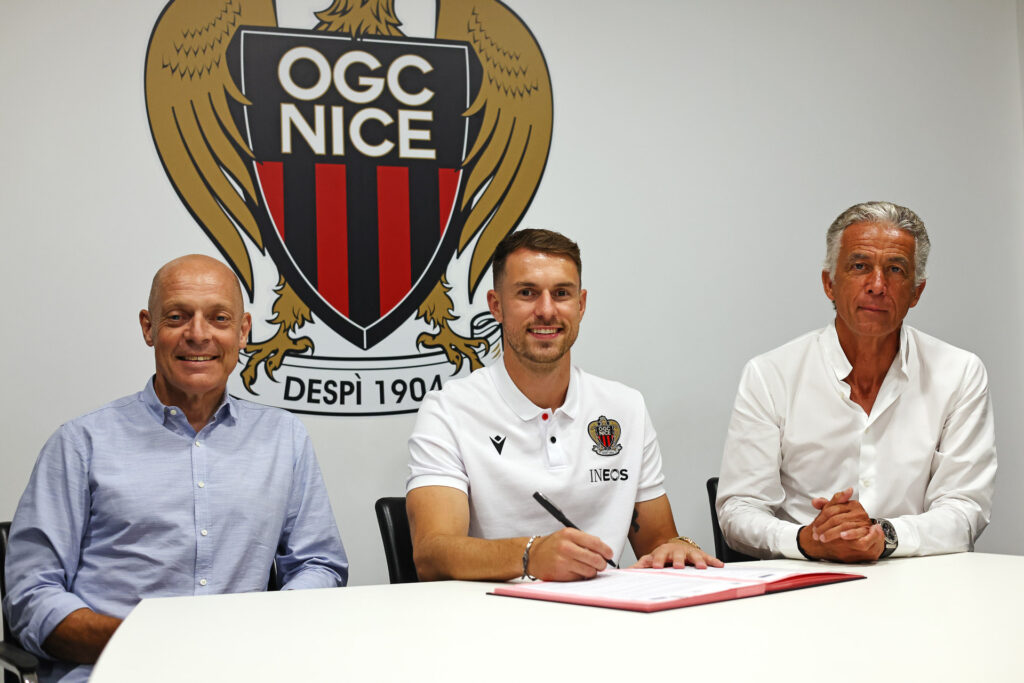 Sir Jim Ratcliffe-backed  Ligue 1 side OGC Nice have signed former Arsenal midfielder Aaron Ramsey on a free transfer. The Welshman’s contract was ripped up by Juventus, allowing him to become a free agent.

A former Arsenal player, Ramsey joined Juventus from the Gunners in a similarly free deal when his contract expired in 2019. He spent two-and-a-half years in Turin and half a year on loan in Glasgow with Rangers before he and the club decided to mutually rip up his contract ahead of the 2022 summer transfer window.

The 31-year-old also received an offer from Major League Soccer side Charlotte FC but chose to continue his career in Europe for the time being with the 2022 FIFA World Cup around the corner.

According to French publication L’Equipe, Nice are also in talks to sign Leicester City stalwart Kasper Schmeichel. The Danish custodian has been with the Foxes since 2011. He kept the goal throughout the 2015/16 season that ended with an unprecedented title win for his team and also led his side to a win in the FA Cup final over Chelsea in 2021.

Leicester manager Brendan Rodgers confirmed that the goalkeeper was on his way out in a recent press conference.

“Kasper’s situation is well-documented so we’re hoping that one way or another we can get a solution to that this week. He deserves the respect for his time here and everything he’s given the club to be able to look at it and decide what’s best going forward.

“I think for any player of that age, the longevity is important in the contract that you might get. When you are 35 years of age and you can get a three-year contract, for example, then that will play a part in a player’s thinking.”

he said, per the Daily Mail.

Reports claim Nice will pay the Premier League side a small fee to complete the transfer. Schmeichel, meanwhile, will sign a three-year contract with the French outfit, which will run until the 2024/25 season.