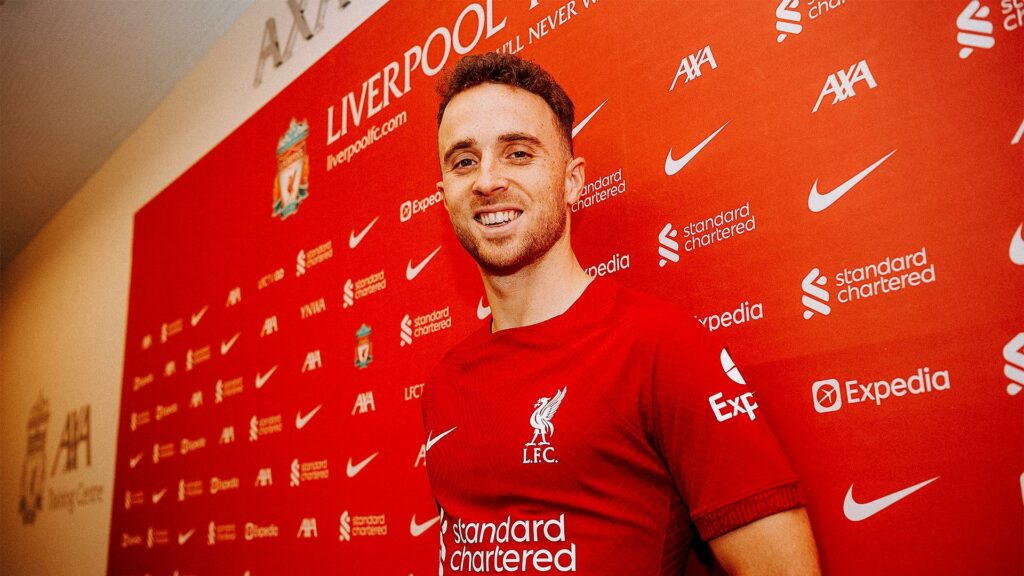 Liverpool’s productive summer continues with the contract extension of Portugal international Diogo Jota. The attacker, who signed for the Reds from Premier League side Wolverhampton Wanderers in 2020 for a 45 million pound transfer fee, has penned a deal that will prolong his stay until the end of the 2026/27 season, should he wish to continue playing at Anfield until that point.

It took Jota little time to adapt to the pressures of playing for Liverpool. In his first season for the club, he scored 13 goals in 30 appearances across all competitions, including nine in 19 Premier League displays. He improved his tally the subsequent year, scoring 21 goals in 55 appearances – he netted in all of the four competitions his team participated in.

Speaking to the club website, the 25-year-old claimed his decision to renew his Liverpool deal was a straightforward one.

“A no-brainer, I have to say. Obviously one of the best clubs in the world. Last year was good for me and for the team. Like I said, [it’s] a proof we are doing things right and hopefully we can keep doing that.”

“Since I arrived two years ago I established myself as an important player in this team – that’s what I wanted from the beginning. Now, signing a new long-term deal, it’s obviously from the club’s perspective proof of the belief in myself as a player. For me, obviously it’s really good to establish I’ll be here for a while. So, the beginning of a new season, let’s do it,”