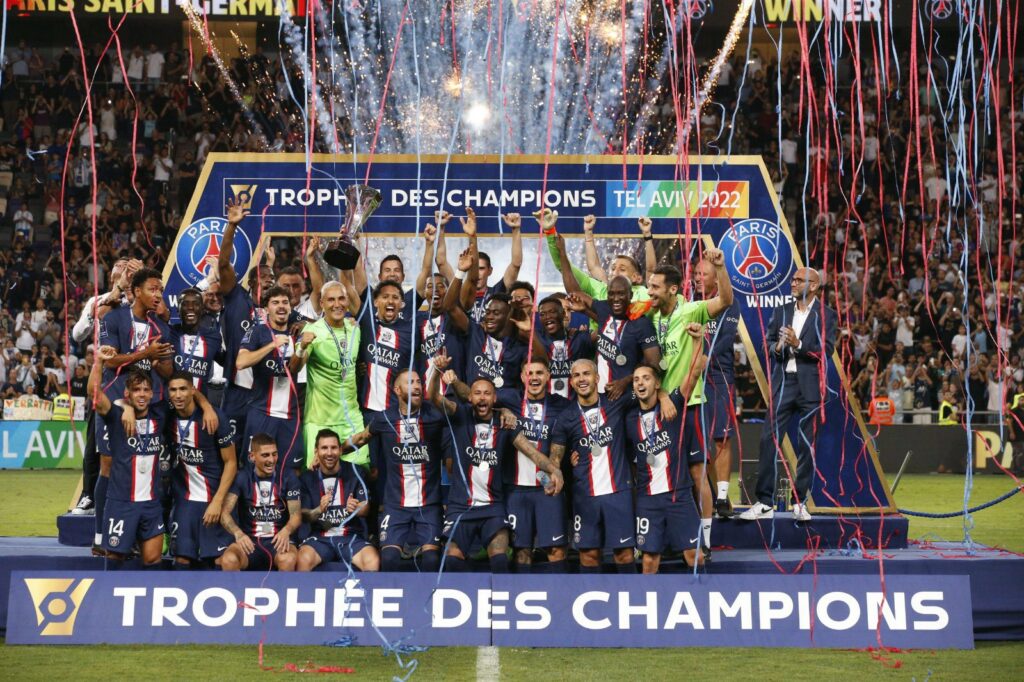 Paris Saint-Germain traveled to Tel Aviv, Israel, for the ceremonial season opener of the French domestic season – the Trophee des Champions. In the Bloomfield Stadium, the Parisians faced fellow Ligue 1 outfit and last season’s winners of the Coupe de France, Nantes, whom they beat 4-0 courtesy of goals from Lionel Messi, Neymar, and Sergio Ramos.

Messi opened the scoring on the night with a sensational solo effort. The Argentinian did not enjoy the best of debut seasons last time around, but it didn’t take him long to get up and running for the new campaign, rounding the goalkeeper in the 21st minute with ease and firing the ball into the roof of the empty net.

Neymar doubled the Parisians’ lead on the stroke of half-time from a set-piece. The Brazilian stepped up to take the free-kick 25 yards from goal and curled it just beneath the crossbar, out of the reach of a grasping Alban Lafont.

Shortly after the restart, Ramos registered himself as a goalscorer with a creative finish; the Spaniard backheeled the ball into the net from close range after the goalkeeper had saved Pablo Sarabia’s initial effort.

PSG were presented the opportunity to add a fourth on the night when, in the 81st minute, Jean-Charles Castelletto pulled Neymar down inside the box, earning himself a red card and rewarding the Parisians with a spot-kick in the process. The Brazilian took responsibility for the subsequent penalty kick and rolled it calmly into the corner, a wrong-footed Lafont unable to adjust himself in time to make the save.

Paris Saint-Germain’s win helped Messi achieve a personal record. The trophy win in Israel was the Argentine’s 41st of his senior career, the second-biggest silverware collection in world football. He stands two short of Dani Alves’s current haul of 43 trophies.