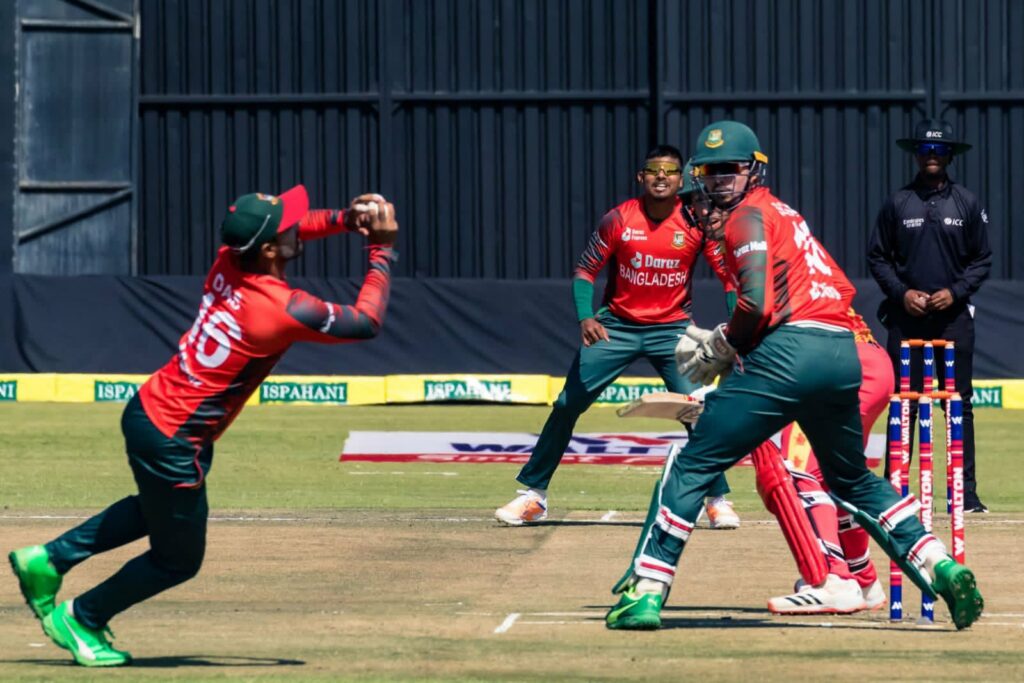 After going down in the opening game, Bangladesh came roaring back into the T20I series versus Zimbabwe with a comfortable victory in the second match in Harare on July 31. The visitors dominated their African counterparts with bat and ball in an easy seven-wicket win.

Losing the toss and asked to bowl first, they restricted the Zimbabweans to a modest score of 135/8 in their allotted 20 overs, with an unlikely bowling hero emerging from the first half. Part-time off-spinner Mosaddek Hossain took a magnificent five-fer and triggered the downfall of the hosts with his four-over spell of 5 for 20.

The youngster, who is a batter first and then a bowler, would never have imagined leading a bowling chart for his country. But that day arrived in Harare as he ran through the Zimbabwean batting unit at his end.

The hosts struggled to hit Hossain off the square and needed sedate efforts from veteran spin allrounder Sikandar Raza and capable lower-order batter Ryan Burl to be able to play out their entire quota. Raza made a 53-ball 62 at his end, while Burl provided him support in a 80-run stand for the sixth wicket via a knock of 32 off 31.

The partnership came after Zimbabwe found themselves in all sorts of trouble at 31 for 5. It was a situation they never truly recovered from despite the Raza-Burl duo, which meant an easy task for the Bangladeshi batters during the second half.

They lost their opener Munim Shahriar (7) early, but his partner and experienced right-hander Litton Das didn’t allow the Zimbabweans to build inroads with a free-flowing half-century, making 56 off 33 balls. Thereafter, sensible knocks from Afif Hossain (30) and Najmul Hossain Shanto (19*) propelled their side through to the winning post.

Zimbabwe used as many as eight bowling options for their 17.3-over workout but lacked the quality to make things tough for Bangladesh. Raza backed his fighting half-century with a restrictive spell of 1 for 18 off his 3 overs.