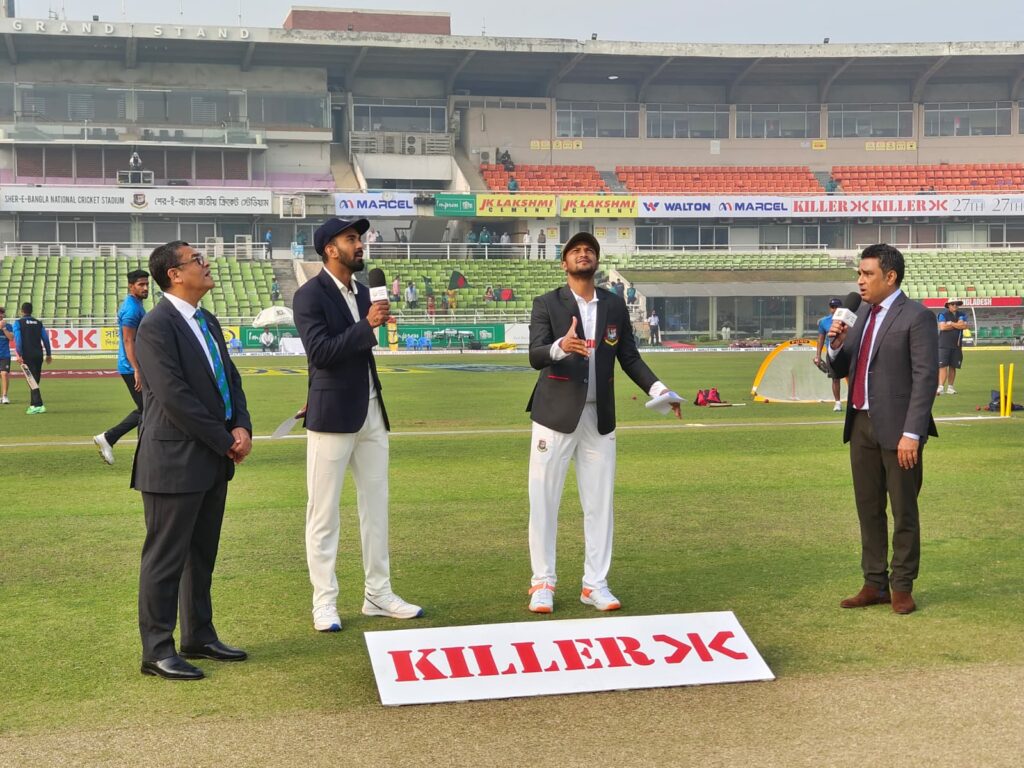 While talking to media India’s thrilling win in the Mirpur Test against Bangladesh, stand-in India captain KL Rahul said he would’ve loved to have wristspinner Kuldeep Yadav up his sleeves in the second-innings with the ball but stressed India “don’t regret” not picking him on the morning of Day 1.

India shocked everyone by leaving out Kuldeep, who picked up eight wickets and scored useful runs lower down the order in the first Test in Chattogram, and giving fast-bowler Jaydev Unadkat a return after 12 years.

On a track historically known to assist spinners, India went in with three seamers and two spinners, a combination they felt was needed due to the patches of green grass seen on a surface that deteriorated rapidly from there. Of the 36 wickets that bowlers took, with the exclusion of a run-out, 25 went to spin, although, off the rest, 10 were taken by Indian pacers.

When asked about the same in a post-match press conference, Rahul said they did miss Kuldeep’s incisiveness against the resurgent Bangladeshi tail on Day 3, when India saw the game drift as the hosts took themselves to a lead of 144 from basically 26 for 6 at one point.

But the skipper also justified the call made to bring in Unadkat in a three-pronged spin attack, also featuring Mohammed Siraj and Umesh Yadav.

“If we had Impact Player rule here like in the IPL, I would have loved to have Kuldeep in the second innings. It was a tough call [on the first morning], knowing and understanding that he had just won the Test for us,”

“But seeing the pitch before the game and on the first day, we felt that there will be assistance for both fast bowlers and spinners. Keeping that in mind we wanted to play the best balanced team we can. And that’s the call we made.”

Traditionally, when unsure of a subcontinent wicket, teams have tended to tilt on the side of playing an extra spinner, not the seamer, knowing pretty much every Asian deck will offer spinners turn in the back half of the Test match. India, though, went the other way around, seeing greenish patches on dry soil beneath that assisted uneven bounce on Day 1.

“I don’t regret that, and that was the right decision. If you see the 20 wickets we took, a lot of wickets [ten] even the fast bowlers took. They had a lot of assistance and there was a lot of inconsistent bounce. All these decisions we took keeping in mind the experience of playing here [Mirpur] in the ODIs.

We played two [ODIs] here and we saw that there was assistance for both spin and fast bowlers. Understanding that a Test match goes on for four or five days, you need to have both. You need a balanced attack, and I feel it was the right call,”

In the end, it was not so much the comeback man Unadkat, who bowled impressive spells in either innings, but the incumbent Siraj that India may have retrospectively left out of the Test match. Spraying the ball on both sides of the wicket, the pacer went for an economy rate of 4.30 and 3.72 in either innings, making it extremely difficult for Rahul to set fields in conditions where runs were at a premium.

Placing Unadkat above Siraj in the pecking order, with the addition of the left-arm angle, could be part of India’s consideration heading into their last assignment of the World Test Championship cycle – the Border-Gavaskar Trophy at home against Australia in February-March. A 3-0 or better winning scoreline would ensure a spot for India in the WTC final, likely against the Aussies too, at The Oval in June next year.