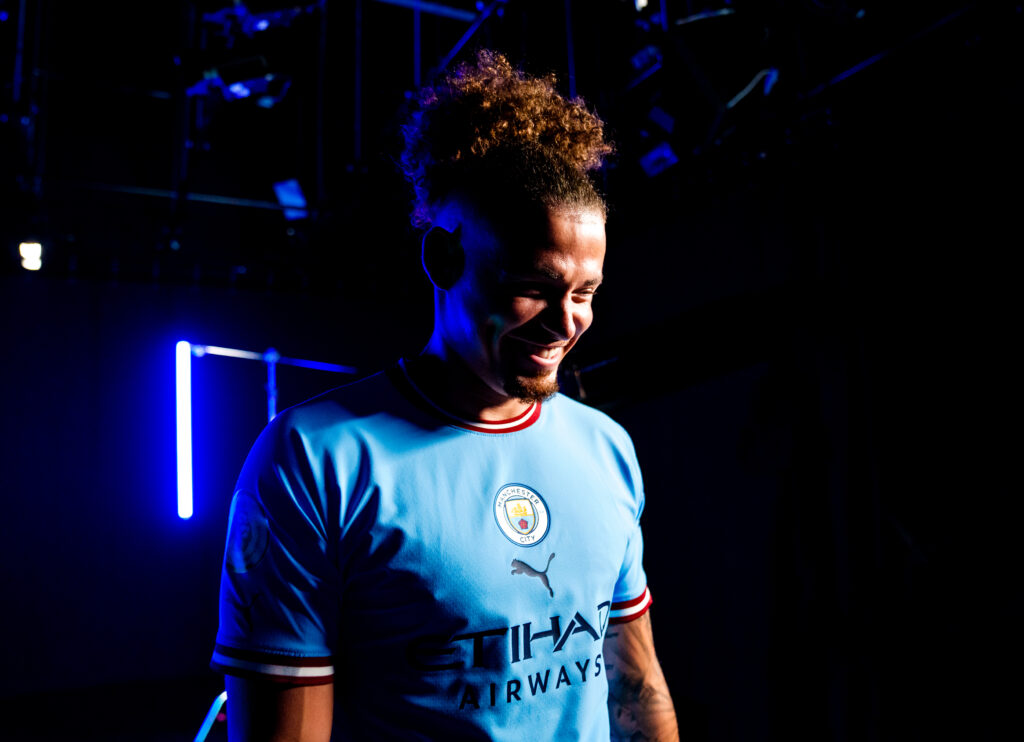 Reigning Premier League champions Manchester City have made Kalvin Phillips their third signing of the 2022 summer transfer window. The midfielder joins the club from Leeds United and has penned a six-year contract at the Etihad Stadium.

The Citizens have paid Leeds a fee in the region of 42 million pounds – plus bonuses – to sign the midfielder, making him their third signing of the summer after stiker Erling Haaland and goalkeeper Stefan Ortega.

The England international will wear the number four – previously donned by club captain and legend Vincent Kompany – during his six-year stay in Manchester.

26-year-old Phillips was born and brought up in Leeds and would later make his name at his boyhood club under the tutelage of tactician Marcelo Bielsa, who moved the Englishman into his current deep-lying playmaker role after arriving at Elland Road.

Upon his departure, Phillips released an emotional farewell message addressing the Leeds faithful through his social media channels. He also spoke highly of his new team, calling them the best team in the country, in his first interview with the club website.

“City have again proved to be the best team in the country with an amazing squad and a manager in Pep Guardiola who is rightly considered to be the finest in the world.

“To be able to play under Pep and learn from him and his coaching staff as well as be part of such a fantastic squad is a prospect that I am incredibly excited about.

“Now I can’t wait to get started and to look to try and help the team to go on and achieve more success.”

Phillips’s rapid rise was marked by the midfielder’s England call-up in August 2020, after helping Leeds secure promotion to the top flight. The player has, to this date, made 23 appearances for the Three Lions and was a key player in their UEFA Euro 2020 Final run. He was named England Men’s Player of the Year 2020/21 for his contribution to the national team.