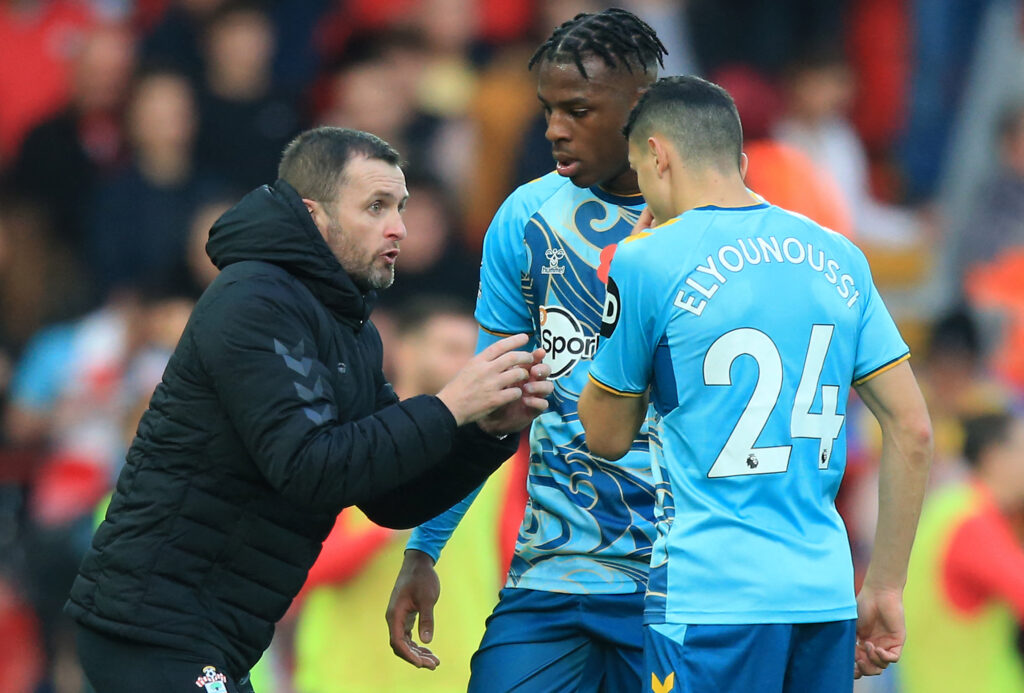 The Saints have pulled off a historic 2-0 victory over Manchester City at home in the Carabao Cup on Wednesday night. This led to manager Nathan Jones hitting back at his critics after propelling his side to the win and eliminating Pep Guardiola’s all-conquering side.

Bottom-placed Premier League Southampton have pulled off an incredible result in the EFL Cup, having knocked out one of the tournament favourites City to reach the semi-finals. Nathan Jones led his side to a famous 2-0 win at home and will now find themselves squaring off against Newcastle United in the last four of the competition.

Sekou Mara and Moussa Djenepo scored in the 23rd and 28th minute, respectively, to put the game beyond the defending Premier League champions and held on to knock out their more fancied opponents.

The result comes as a massive boost to Jones and his side who have had their fair share of struggles so far this season. The Saints are currently on a six-match losing streak in the English top flight, and three points separate them from safety in the league table.

However, Jones has now steered his side to consecutive impressive victories in cup competitions. On January 7, Southampton had secured a 2-1 win over Crystal Palace in the third round of the FA Cup.

Jones took the opportunity to hit back at a comment made by Paul Doswell, manager of National League club Havant & Waterlooville, who said he was out of his depth on BBC Radio Solent.

“I don’t know if I changed perceptions. Within 10 minutes of the Brighton game, I was inept.