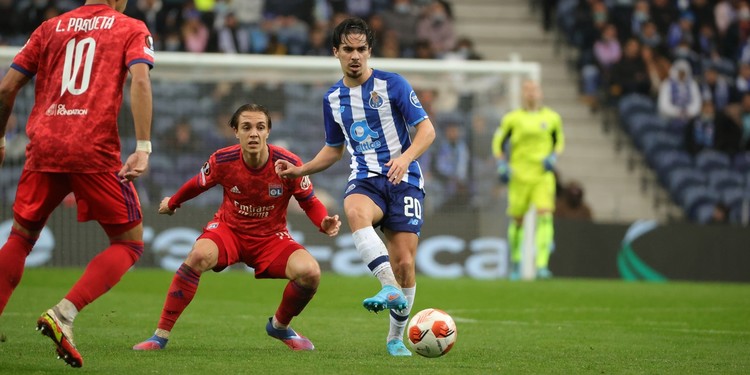 Paris Saint-Germain will continue their 2021/22 summer revamp with the signing of FC Porto midfielder Vitinha, claims renowned journalist Fabrizio Romano. The Parisians are amid a club-wide overhaul, with Luis Campos having already replaced Leonardo as the overseer of football-related operations and Christophe Galtier lined up to succeed Mauricio Pochettino in the managerial role.

The club have reportedly agreed to pay Porto 40 million euros for Vitinha, who spent a season on loan at Wolverhampton in 2020/21. The Portuguse will undergo his medical tests in the coming days and pen down a five-year contract until the end of the 2026/27 season.

The 22-year-old was also reportedly the subject of Manchester United’s interest, while Wolves had already passed up the opportunity to sign him for 20 million back in the summer of 2021.

Meanwhile, Sky Sports reports that PSG have overtaken AC Milan in the race to sign Portugal international Renato Sanches on the back of three career-resurrecting seasons at Lille OSC.

Sanches, whose contract expires in 2023, could be available to sign in the region of 10-15 million euros and currently prefers a transfer to the capital ahead of Milan, where he will reunite with Lille’s title-winning pairing of Galtier and Campos.

As per Gianluca di Marzio, the Parisians are also closing in on the signing of Sassuolo and Italy international, Gianluca Scamacca. Negotiations between the two clubs reached an impasse, with PSG offering 35 million for the Italian but Sassuolo holding out for 50. There is hope that an agreement can be struck for a fee in the region of 40 million, plus bonuses.

Finally, the French giants are in talks to sign centre-back Milan Skriniar from Inter Milan, who is a key target in defence. Their offer of 50 million euros, however, falls short of Inter’s current valuation of 80.