Mumbai’s Sarfaraz breaks down in tears after Ranji final, dedicates hundred to his father 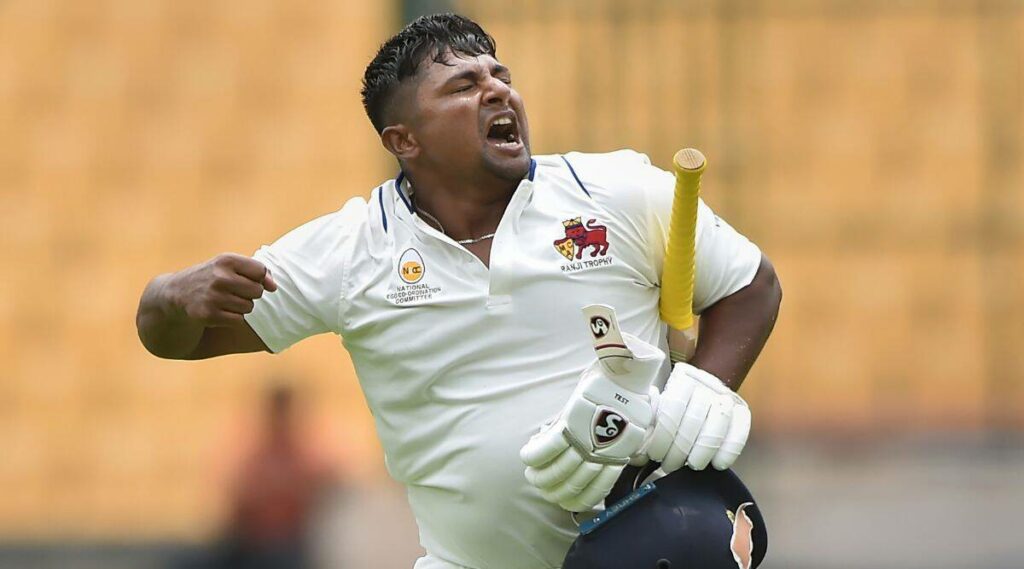 A jovial character otherwise, Sarfaraz Khan was all animated and emotional, crying as he reached a critical hundred in the Ranji Trophy final against Madhya Pradesh on June 23. The cricketer later revealed it was a knock that carried such emotional manifestations because it was for his “abbu”.

The 24-year-old unveiled a side of his that is usually reserved only when he thinks and talks of his cricket – the serious one, which is put on the back burner in times he is indulging in all fun and games.

The right-hander, who is in red hot form, revealed how much the Ranji Trophy final century meant to him and why he chose this as a moment to express gratitude towards his father, his constant support pillar.

“You all know the roller-coaster ride I’ve had, if not for my father, I wouldn’t have been here. When we had nothing, I used to travel with my father in trains. When I started playing cricket, I dreamt of scoring a century for Mumbai in the Ranji Trophy. That was fulfilled.”

“Then I had another dream of scoring a hundred in a Ranji final when my team needed it the most. That is why I got emotional after my century and had tears in my eyes, because my father has worked very hard. All the credit for my success goes to him. Without him, I would be nothing. He has never left my side,”

he was quoted as saying by ESPNcricinfo, with tears rolling off his eyes.

Sarfaraz also highlighted why he added the thigh-slap and hand-raise to his celebrations after the century. It was to partly dedicate his milestone to his favourite Punjabi singer Sidhu Moosewala, who parted the world recently and left his fans like the Mumbai right-hander in deep sadness.

The batter then spoke about his philosophy at the crease in his current form. The youngster said given the naturally attacking style he operates with, he knows it’s a matter of him spending “200 balls” in the middle and he will enter the three-digit bracket.

Sarfaraz said one of his biggest learnings has been to not depend excessively on boundary-hitting and be patient enough to bite through the difficult periods for his and his team’s sake.

“I have a mindset that to score a century, I need to play at least 200 balls. I can’t have that mindset that this can be achieved hitting consecutive sixes. I can score big only after playing many balls.

I tried to play three-four overs from each bowler. Once I start getting used to the pitch and know their plans, I know the runs will flow because I have all the shots,”

The India hopeful smashed yet another first-class hundred for Mumbai after walking into bat with his team placed at 3 for 147. His knock of 134 off 243 took Mumbai to a score of 374 all out after winning the toss and opting to bat first in Karnataka.

It was 24-year-old’s fourth hundred of the season as he took his tournament tally to a gigantic 937 from just eight innings, averaging a jaw-dropping 133.85. Sarfaraz is not knocking on the door of India selection, he is on the verge of breaking it.