Inter are hot on heels of leaders AC Milan in Serie A title race; Vlahovic completes Juve comeback against Cagliari 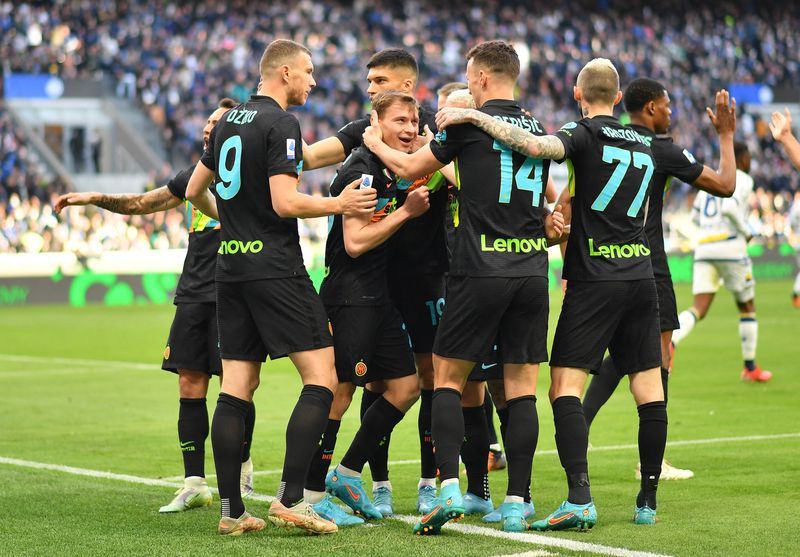 Inter Milan secured a comfortable win over Hellas Verona to stay within touching distance of AC Milan at the top of the Serie A table.

Internazionale have closed the gap to Serie A leaders and neighbours AC Milan down to just one point after securing a comfortable 2-0 victory over Hellas Verona. The Rossoneri will play on Sunday against Torino and might be able to stretch their lead again, but Inter followed up their important 1-0 win over Juventus last week with another solid performance as they look to mean business this season.

The visitors scored twice in the first half to put the game to bed. Nicolo Barella found the back of the net at the 22nd-minute mark with a stunning half-volleyed finish, while Edin Dzeko tapped the ball into the net from close range at the half-hour mark to put Hellas Verona out of their misery.

The win helped Simone Inzaghi’s side to climb above Napoli and take the second position. Although both sides are level on 66 points, Inter have a better goal difference of +41 compared to +33 of the team from Naples.

“I know how hard we work, I know how much the boys care, I know that we have brought home a [Italian] Super Cup. There are seven to go, we are all there, we will have to fight in every game because the pitfalls in this Serie A are always around the corner.”

Meanwhile, Juventus recovered from a slow start and came from behind to defeat Cagliari away from home. The Turin-based team fell behind when Joao Pedro put the home side into the lead inside 10 minutes.

Although the visitors dominated proceedings for the remainder of the first half, they were unable to restore parity until centre-back Matthijs de Ligt headed home just at the stroke of the half-time break.

Juventus also remained well on top in the second half and finally capitalized when blockbuster winter signing Dusan Vlahovic pounced on an opportunity 15 minutes before the end of the stipulated time. This was his fifth league goal since moving from ACF Fiorentina to Turin this January.

The win helped fourth-placed Juve close to within four points of Napoli in third, ahead of the Neapolitans’ clash with Fiorentina on Sunday.