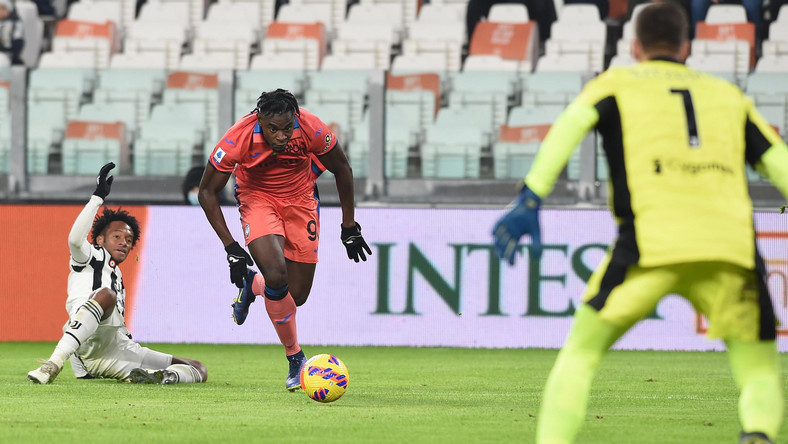 Serie A continues to be the one-stop destination of club football drama in Europe right now, and it produced another set of stunning results on Saturday. Atalanta handed Juventus yet another defeat whilst Sampdoria and Empoli registered much-needed wins.

All eyes in Italy were feasted on the hot-cake fixture of the weekend, Atalanta traveling to Turin to face the Old Lady. The record-Italian champions found it difficult to streamline their passages of play and kept giving the ball away in crucial areas.

A Berat Djimitsi pass around the half-hour mark opened Juventus’ backline and he found Duvan Zapata in space. The 30-year-old Columbian fired it high and handsome into the goal to take the lead. Juve had some chances with Federico Chiesa and Paolo Dybala working their magic, but Zapata’s goal proved to be the winner.

This defeat keeps them in the eighth spot on the table and could go further down in the unlikely scenario of Bologna getting a big win on Sunday.

Cagliari hosted Salernitana in the ultimate clash of the relegation battle, and as it turns out, there was no separating these teams on the pitch. Chances did not come in thick and fast, and it took the hosts until the 76th minute to find the net.

Leonardo Pavoletti’s goal, however, was cancelled out by a 90th minute equalizer from Federico Bonazzoli, and things finished 1-1 at the Unipol Domus.

Empoli edged a little closer to a top half position on the points table with a morale-boosting 2-1 win at the Carlo Castellani. Dusan Vlahovic continued his mesmerizing run and opened the scoring for Fiorentina, but some epic late drama denied the visiting team the last laugh.

Filippo Bandinelli, who can on for Liam Henderson around the hour mark, scored in the 87th minute of the game to pull things back on level terms. Andrea Pinamonti smashed the winner a couple of minutes later, finishing off a breathtaking comeback win for Empoli.

Another team that woke up only after they went behind on the day was Sampdoria. Adrien Tameze scored in the 37th minute to put Hellas Verona ahead, a lead which got cancelled at the other side of the half with Antonio Candreva finishing it well from a tight angle.

Albin Ekdal and Nicola Murru added late into the game to make it 3-1 for Sampdoria, who steered themselves further clear of the relegation zone.

Venezia made Inter Milan work very hard for their three points and perhaps missed their own chances of getting a point or three.

They hosted the defending champions and made life difficult for them on the attack, but Hakan Calhanoglu opened Inter’s account with some street-smart work in the midfield from Mattia Caldara. Lautaro Martinez won a penalty in the injury time and scored it to make it 2-0, and this win keeps them one point shy of the table-toppers.