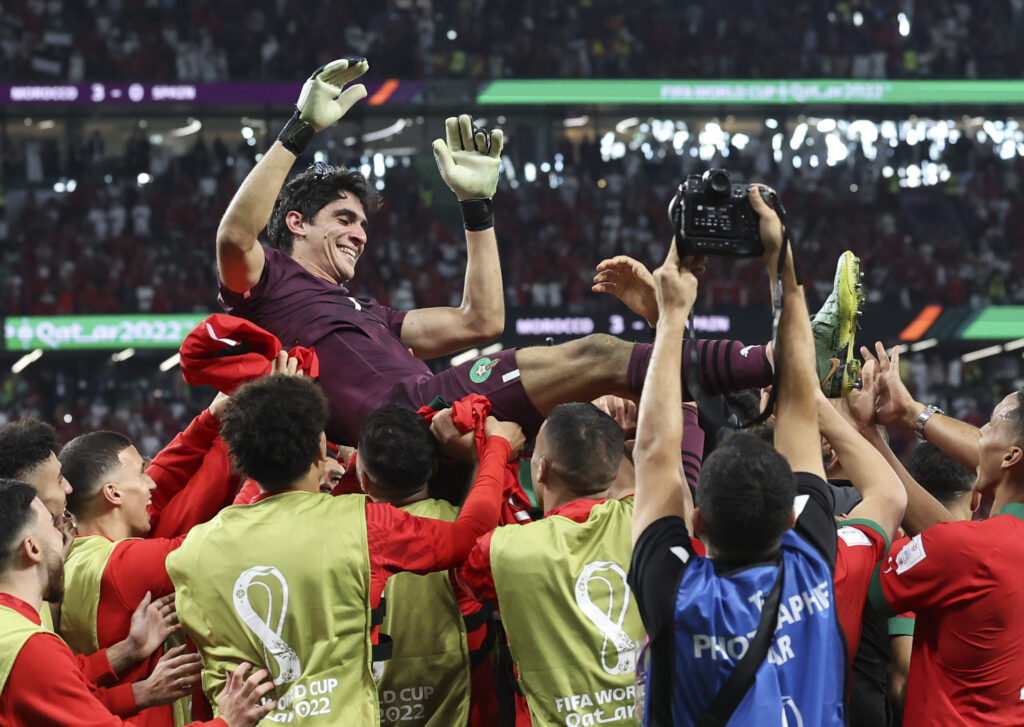 The 2010 World Cup champions were beaten on penalty shootouts in the last 16 by advance to the quarterfinals after a 0-0 draw on Tuesday. Spain was eliminated from the World Cup on penalties for the fourth time, and the second time in a row.

Luis Enqirue’s side dominated possession in the first half but couldn’t break through a tenacious Moroccan defence. Nayef Aguerd headed over from close range with the best chance of the half.

La Roja had more than 75% possession and completed nearly 800 passes but were unable to find a breakthrough within 90 minutes, forcing the game into extra time. Morocco had the better chances, but they squandered a pair of one-on-one opportunities, forcing a penalty shootout.

Morocco’s first shootout at a World Cup finals and Spain’s fifth, but Morocco goalkeeper Yassine Bounou turned hero, watching Spain’s first spot kick hit the post before saving their next two attempts. Then, with a chance to win it, defender Achraf Hakimi stepped up, chipping his penalty in superb style to claim a 3-0 victory in the shootout.

The African side advances to the World Cup quarterfinals for the first time, where they will face Portugal, who defeated Switzerland 6-1 earlier in the day.

Morocco allowed Spain possession while attempting to exploit the pace of Hakim Ziyech and Soufiane Boufal. A foul on the latter resulted in the African team’s first scoring chance, as Hakimi blazed over a free kick.

The only other chances in a tight first half came when defender Aguerd headed over and Spain midfielder Marco Asensio hit the side netting. In the 54th minute, Dani Olmo had Spain’s first on-target shot, which Bounou palmed away.

Enrique introduced Alvaro Morata and Nico Williams to inject some life into his team, and Morocco had to dig deep to avoid conceding in extra time.

They succeeded, and Spain’s defeat in the shootout prompted wild celebrations among the ecstatic Morocco fans, who will have at least one more opportunity to make their presence felt in Qatar.